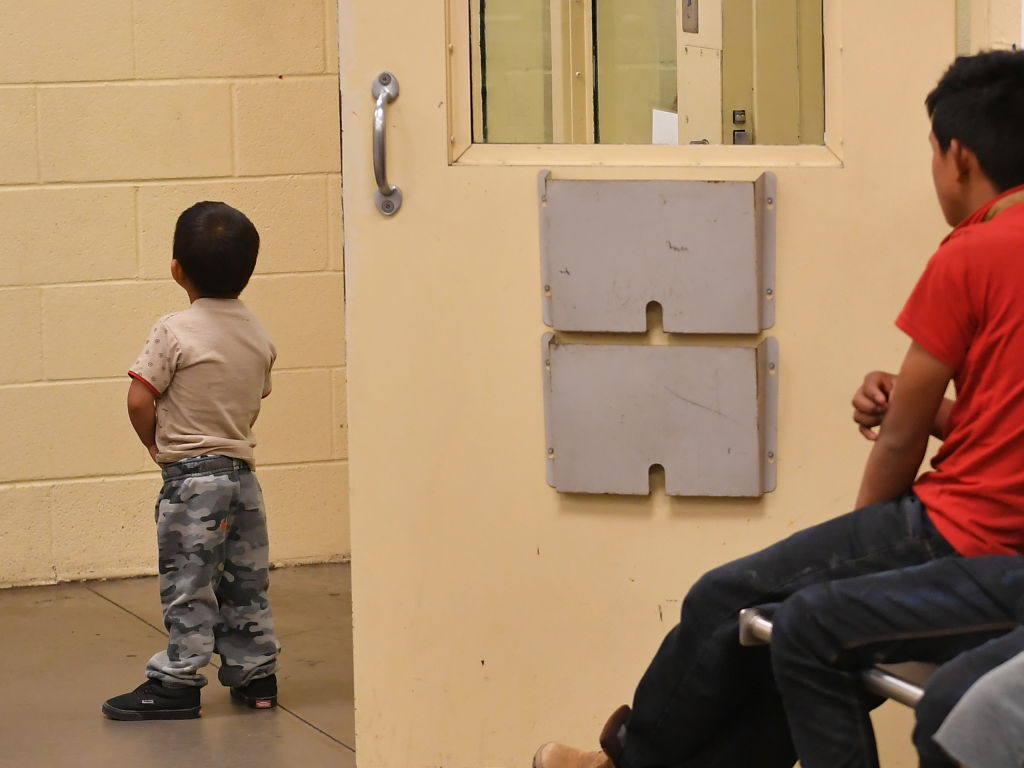 Evidence is beginning to mount that people should be seriously vetted before being in a position of power around children or teens. The percentage of pediatricians and athletic coaches who haven't finger blasted their prepubescent patients is dwindling by the day. And, shocker, men who sign up to monitor children in loosely-regulated immigration detention facilities might not be in it for the glamorous lifestyle or fat paychecks. Crazy. It's always the people you least suspect.

One of these such alleged pedophiles is Levian D. Pacheco, who has been charged with making the moves on eight teenage boys under his supervision at an Arizona immigration detention center run by Southwest Key. What's a Southwest Key, you ask? According to their website "Southwest Key is committed to keeping kids out of institutions and home with their families, in their communities." It's a nonprofit that houses minors, and the ones Pacheco watched over were illegal immigrants between the ages of fifteen and seventeen who crossed the US border from Mexico unaccompanied by adults. Here are the disgusting details according to Buzzfeed News:

[Pacheco is charged with] performing oral sex on two boys and attempting to force one of them to anally penetrate him, as well as inappropriately touching other boys.

Pacheco has been charged with eight counts of abusive sexual contact — after allegations that he touched the genitalia of six boys over their clothing — and three counts of sexual abuse.

Oh, and Pacheco is HIV positive, and now the teens are having to get tested as a precaution. He currently denies the allegations. This all comes on the heels of another man sexually assaulting a teen girl at a different Southwest Key facility. This just goes to show that America really is the land of equal opportunity. You can be an illegal immigrant or an all-American Olympic gymnast. Either way, you're going to get raped. On the bright side, the teens were probably going to be molested AND murdered in Honduras or wherever they came from. Got to take the wins where you can find them.

No matter what the circumstances, taking advantage of a minor is the most fucked up thing a person can do, and it's instances like these that make me happy I endured my Appalachian meth hill people Southern Baptist fire and brimstone upbringing. Because Pacheco is going to hell. Where he and the rest of the kid fuckers will be forced to watch a nude version of The Best Exotic Marigold Hotel on repeat for eternity.