If You’re a Betting Man, Tell Us How Long Ariana Grande And Pete Davidson’s Engagement Will Last 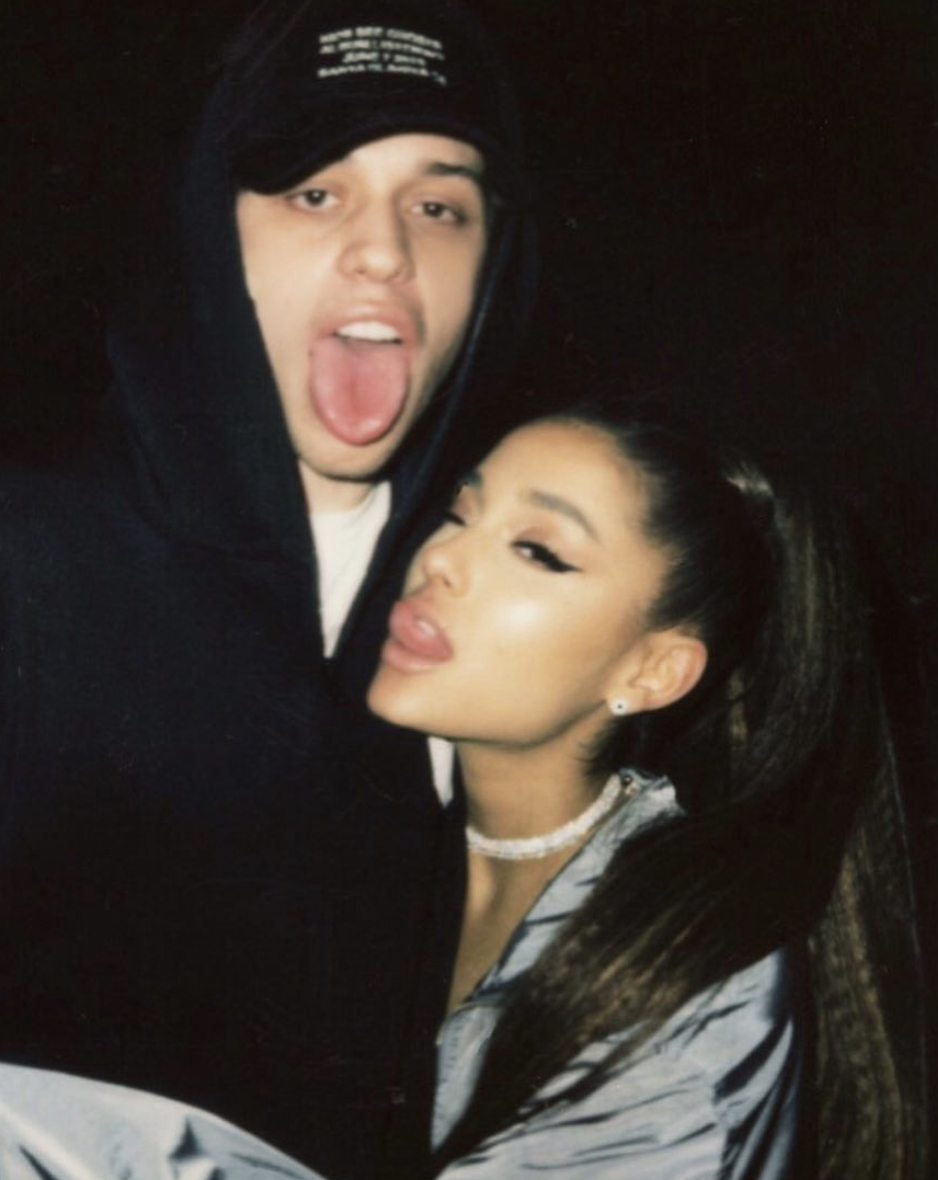 Now's your chance to have, in writing, your estimated expiration date for the newly-announced engagement between singer Ariana Grande and Saturday Night Live cast member Pete Davidson. The two recently made their relationship public through pictures and as well as Insta-fingering each other with sexual comments that will make all of your reproductive organs disappear in a puff of smoke instantaneously. In response to a photo posted of the duo at Potter Loser World, Grande commented "u tryna slytherin." (Like into her vagina.) And on a separate pic, in referencing Grande's new song The Light Is Coming, Pete commented "Pete is coming." My point being that these two are just plain foul.

As of this week we know via TMZ that Grande and Davidson are engaged after dating for an unreported amount of time (she was a guest on SNL in March of 2016.) While surely some celebrity couple will come along some day and prove that love is real and that two people in Hollywood can be together for more than five minutes, Grande and Davidson might not be that couple. She seems dickmatized, he seems vagmatized, and as soon as they have an actual conversation with each other, she'll realize that he has the personality and charm of Iago from Aladdin, and he'll realize that she's just a Bratz Doll that fell off the shelf.

The only reason in the world I would root for these two assholes is if we pronounce their combined couple name as "Piranha." Because that would be cool. Anyway, head to the comments to let us know how long these two will last. We'll revisit the responses when they break up to see who got the closest. I'm going to say, realistically, three months. I know that's not funny, I just want to win.

Caroline Vreeland Seriously Stacked and Other Fine Things to Ogle