Would You Hit It: Paris Jackson’s Fiona Apple In A Bag Look 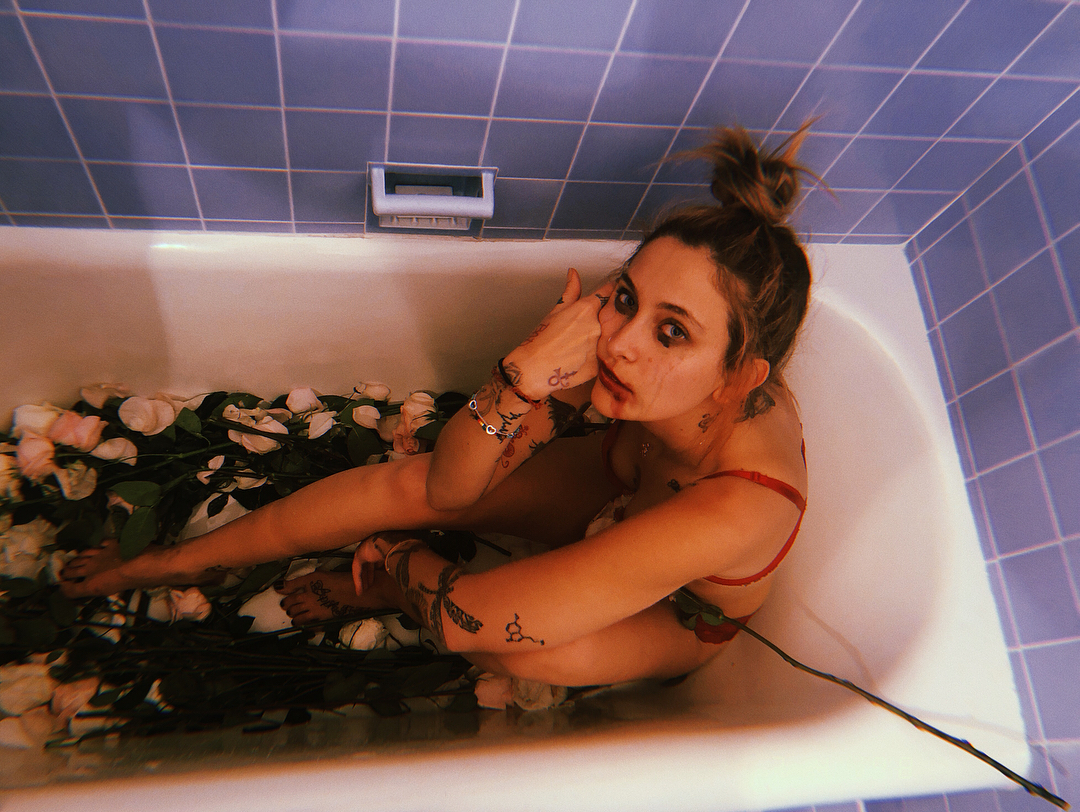 The thing that narcissistic talentless celebrity-offspring Instagram models don't understand is that the retro stylings they emulate were created by people who were actually anorexic heroin-addicted whores. Sure their looks were cultivated too, but when you see a fifty-pound Fiona Apple crawling around a shag carpet on all fours, you really believe that she has scabies. Thanks to social media everyone thinks they can have scabies now.

For her latest look Paris Jackson appears to have purchased the Fionna Apple In A Bag costume from Party City, and you can tell that she's really deep and pensive because her makeup is running. Never been done before. Just because someone has a camera phone and just because her dad introduced her to the little boys he was raping at his pedophile sex palace, ALLEGEDLY, doesn't mean she has anything to offer this world. And by the way, if you're going to be a useless skank in a bathtub, by God you better be Bella Thorne.

Anyway, people seem to think that Jackson is the most fascinating thing in the world and 100% bangable, so here we are. Would you hit it?

is it really this fun when you’re on my mind