Hasley just dropped a new music video for Dominic's Interlude off her new album that features a guy named Dominic Like. The video is shot on a tennis court and features Halsey doing some interpretive dance with one of the models. It looks like the video was shot a while ago when the singer was rocking her short bowl cut look.

Halsey dropped the video this morning after posting her conversations with Bernie Sanders on her Instagram. She had a ton of people in the comments judging her for getting into politics and a bunch of other people fighting about their political views in the comments. It was like a war in that comment section but hey it's great for her social media engagement numbers!

The singer is also on the cover of V Magazine this month in an effort to encourage her fans to vote. In the cover photo Halsey is rocking her go-to freckled face look complete with a classic cat eye and wore her hair in a braided high pony! 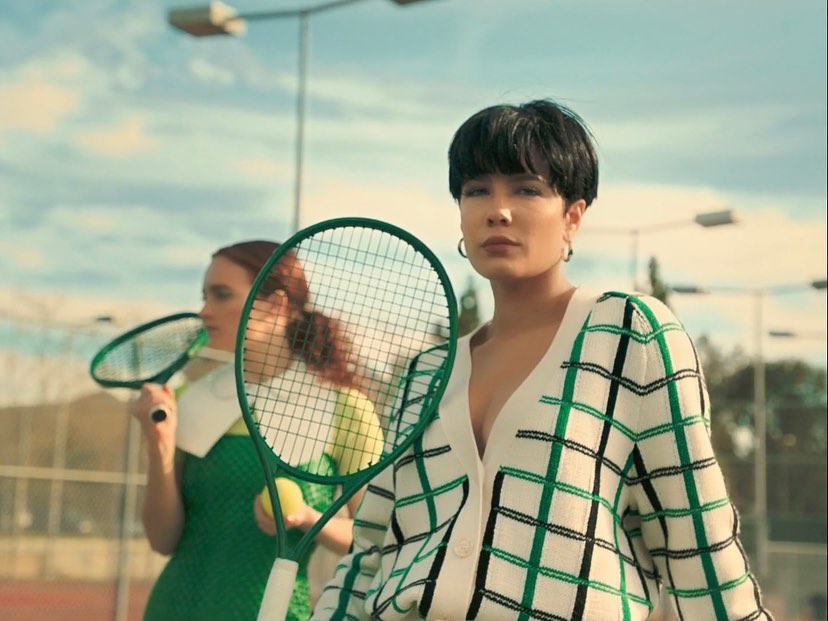 Iggy Azalea Got That Body!

Kimberley Garner Dresses Down in a Dress Shirt!