Hailey Baldwin Bieber has been keeping a semi low profile lately after starring in the new Versace campaign with friend and fellow model Kendall Jenner. We've seen a few selfies from her over the last few months and now the model is bringing us some self care inspiration with a new photoshoot she did with photographer Tyrell Hampton.

Hailey's idea of self care in the shots are a lil different and personally something I can get behind. She's got her PJ's on in the bubble bath while eating a plate of French fries. She's also wearing sunglasses in some shots giving off big Corey Hart vibes. 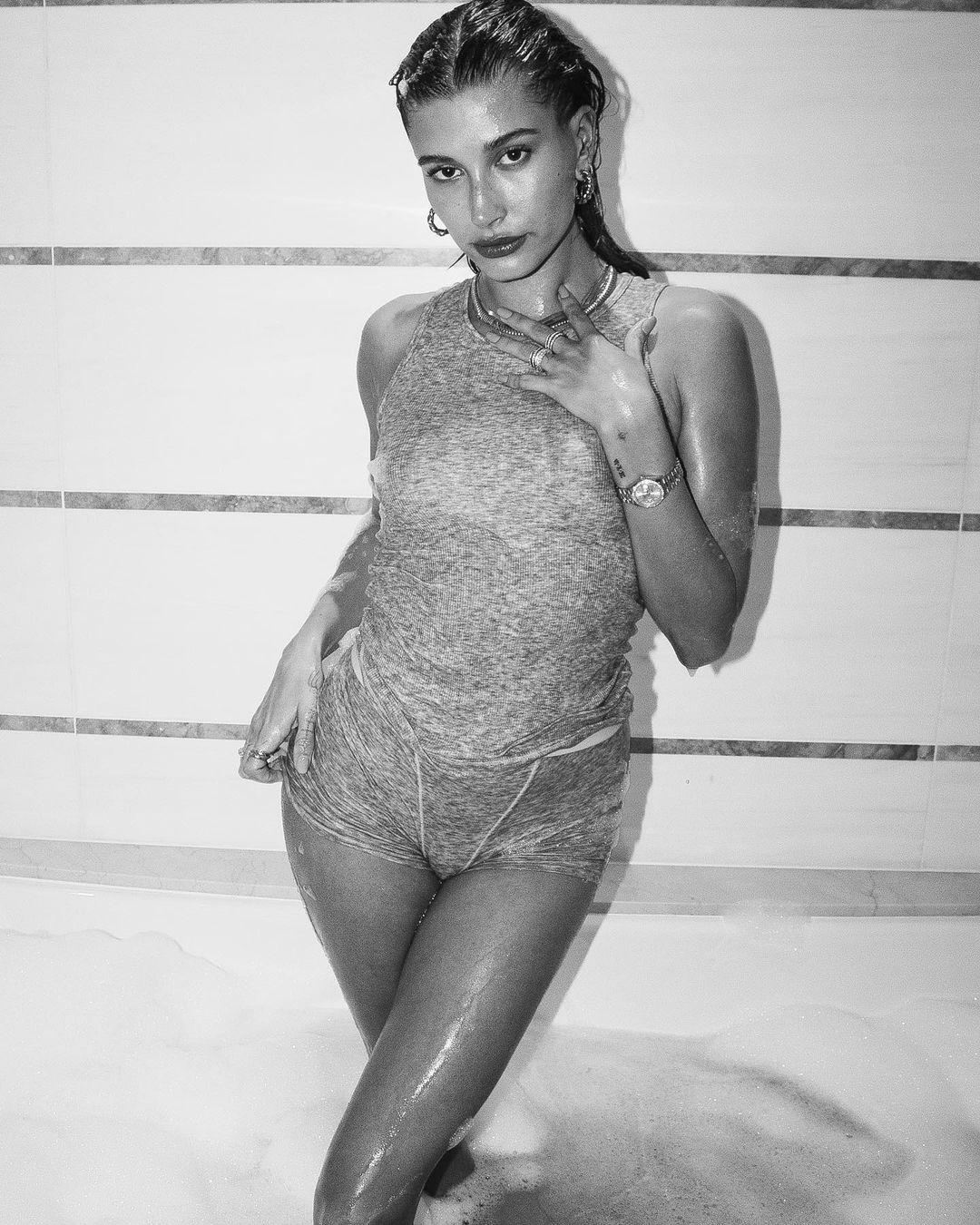 YesJulz is Spreading the Corona Virus but looking Hot

Dove Cameron is Glowing in Neon!