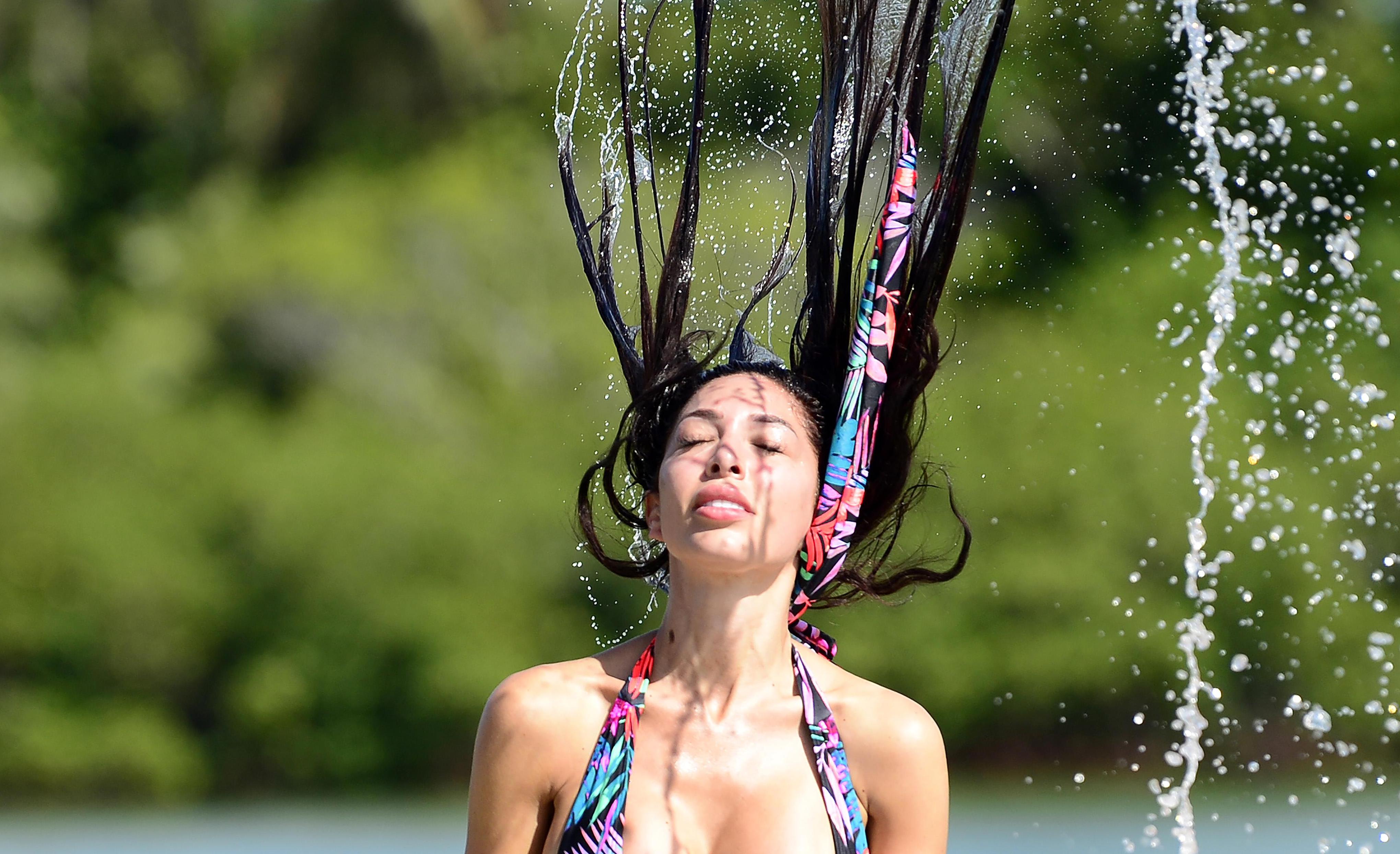 I kid, I kid. It's a tit nightmare from tit hell, but hopefully Farrah Abraham will read this headline without checking out the rest of the post and tweet it. Abraham really lost me when she decided to film her daughter petting their dead dog before taking it to the taxidermist for a photo op, and now it would appear that she took whatever mangled thing the taxidermist handed back to her and stapled it to her chest.

Abraham stepped out in a beach CVS bathing suit looking like a very early Jenndashian prototype that escaped from the lab, and decided to really up the ante by having her horrifying tit pop out during a sensual hair flip. There's nothing funny to say after seeing Abraham's nude body under the bright unforgiving sunlight. Because there's nothing funny about this. She looks like a monster. Please tweet this Farrah.

Head HERE for the NSFW and NSFEyeballs pics