Fan of Climate Activist Asks Her to Sleep With Him to Prove to His Friends That Climate Change is Real!

That's exactly what Laura Amherst does.  She frequently makes headlines for participating in climate change protests topless.  So it shouldn't be all that surprising that she has fans.

One of those fans found an interesting way to get Laura's attention in the DMs.  He proposed that she have sex with him to prove to his friends, who don't believe, that climate change is real. 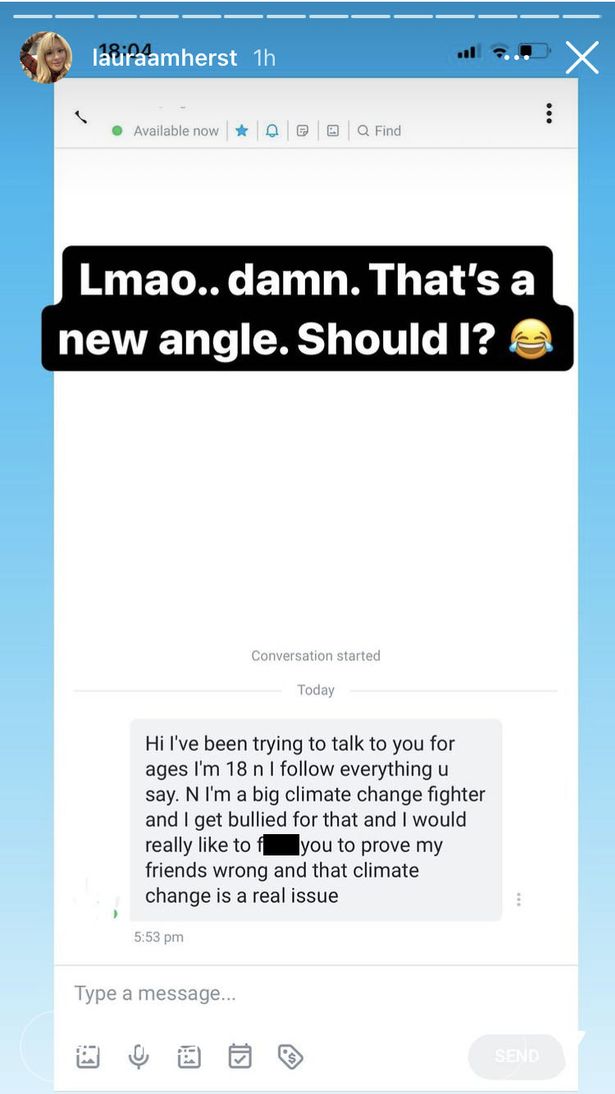 Props to this guy for sliding into her DMs as well.  It's not likely that his story is real, but it's the type of story that's just crazy enough to work.

It worked well enough to have Laura ask if she should go through with it.

Charli XCX is Up to Some Weirdness Today!

Halle Berry Does the Pillow Challenge!

Waking Up with Salma Hayek!

Anja Rubik At Home For Zara!