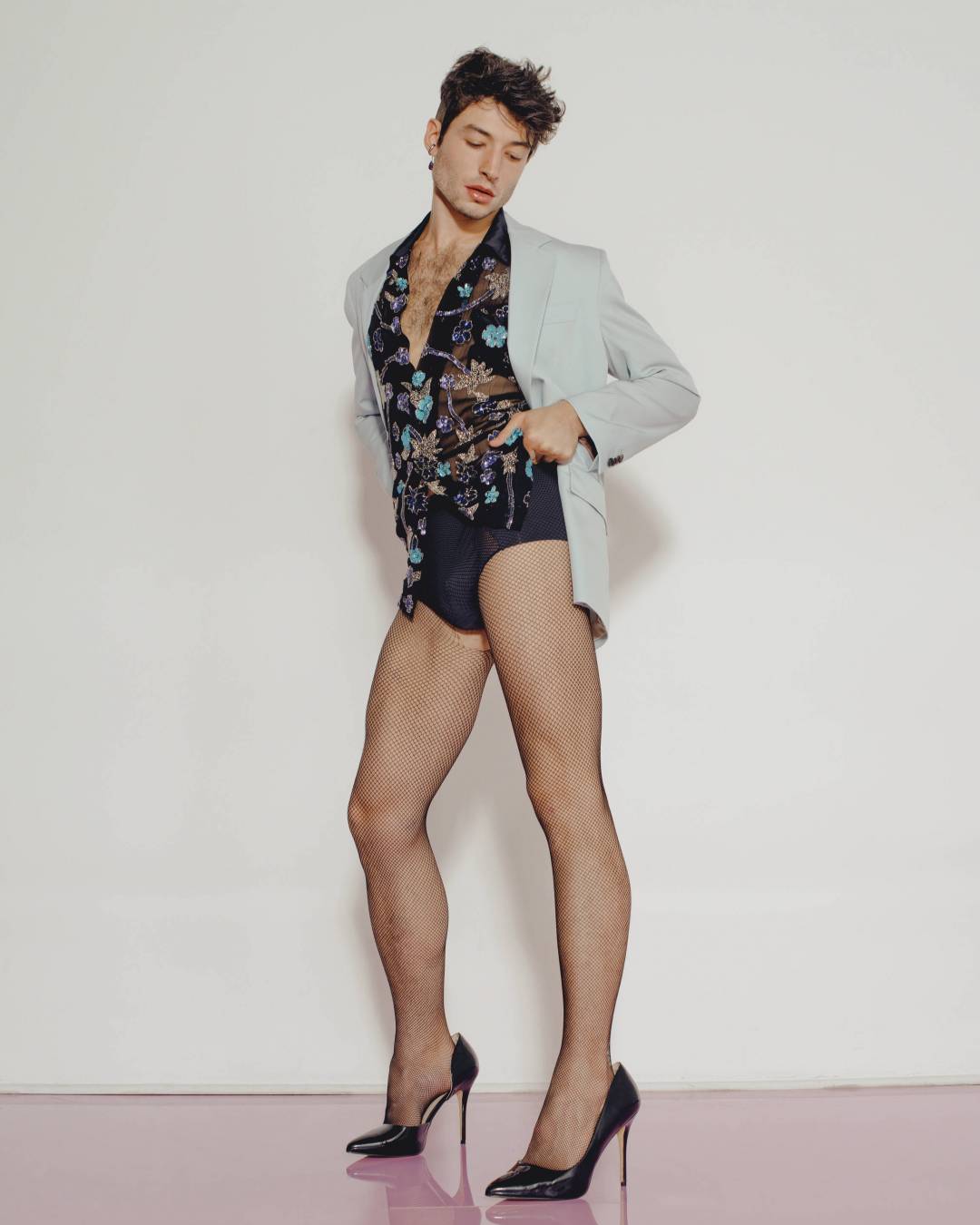 Not to burst anyone's panamsexual polyannoying bubble, but you're either born gay or straight. Everything in between is PR. Hot take I know. Maybe Ezra Miller was always too good looking to have someone tell him that he has the personality of a dirty diaper left in a checkout aisle. Maybe he courts esoteric non-label label things to compensate for the lack of adversity that comes with being Ezra Miller. Whatever the case, after reading the Fantastic Beasts: The Crimes of Grindelwald star's quotes in Playboy, you will die in seven days. Okay. Let's just do the damn thing:

I’m trying to find queer beings who understand me as a queer being off the bat, who I make almost a familial connection with, and I feel like I’m married to them 25 lifetimes ago from the moment we meet. And then they are in the squad—the polycule. And I know they’re going to love everyone else in the polycule because we’re in the polycule, and we love each other so much.

Guys, he's like, different. You're zombified in your pleb heteronormative stupor. He's woke af. He's popping squats in bunny ears. This next quote is about sex. Like, sex and also being a sex. Wake up people. Let Ezra Miller be great:

I have more of an ecstatic practice, but I do take to instatic practices at times, so sometimes, I don’t have sex for a really long time because a lack of sex is as important to me as sex.

Lesson learned. Who needs a sexual partner when your head's so far up your own ass that you can give your prostate a tongue lashing. Miller also opens up about maybe being suicidal or something:

If I didn’t have art, I’d be so fucking dead—so long ago, I’d be dead. I probably would have done it myself.

The artistic powerhouse that is Fantastic Beasts: The Crimes of Grindelwald gets us all through a lot of dark times. Finally, here's Miller on the time he jacked off a kid when they were both in elementary school:

We would jerk each other off while we interacted with [his friend's mom's sex toys] in various ways, actually.

Lets just all agree that Playboy knows what we like.