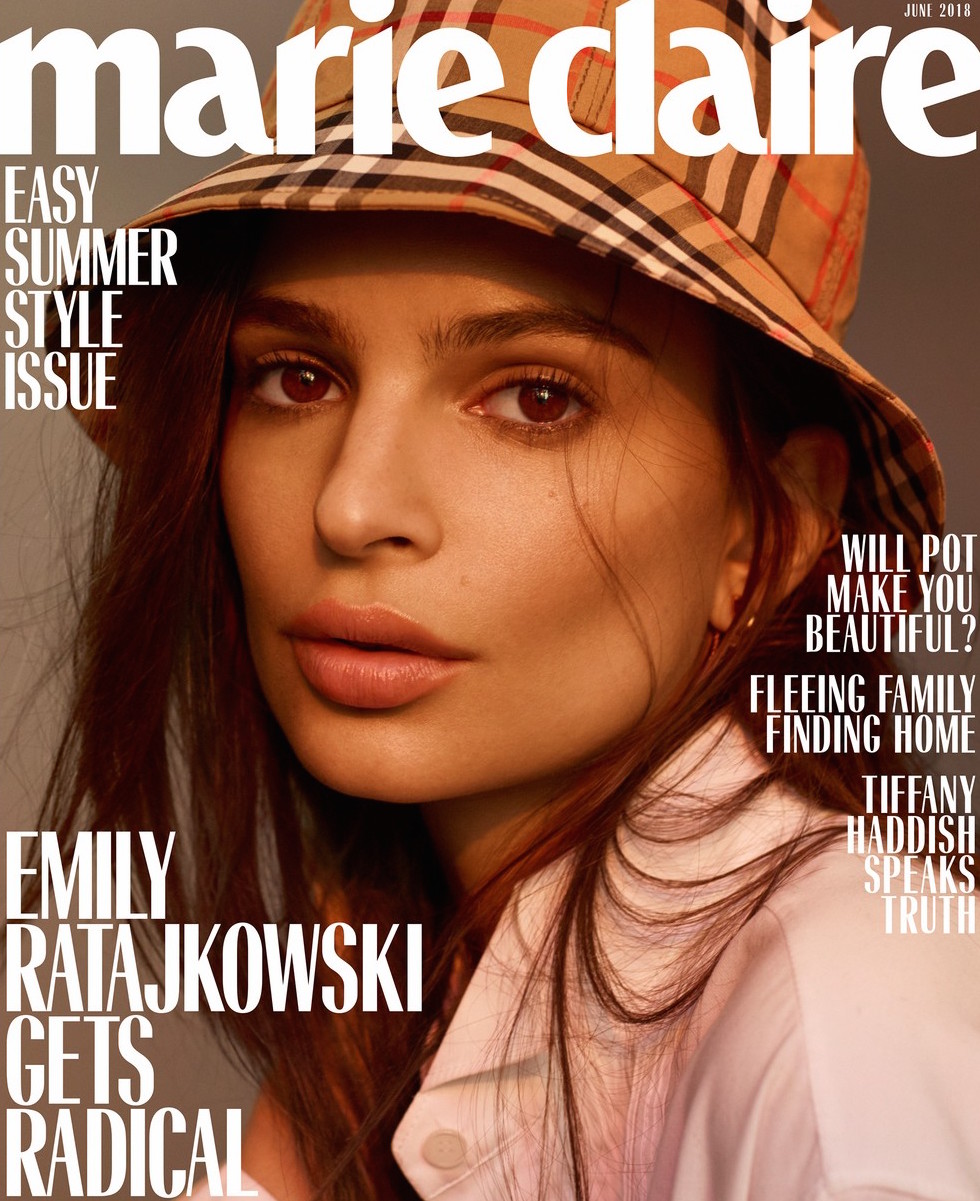 Brave and pioneering women have gone down in history for advancing women's rights and helping them inch towards equality. But none of them could have anticipated that their greatest accomplishment would be to allow Emily Ratajkowski's skankiness to double as feminism. This is truly what it's all about. Voting? Meh. Ratajkowski describing co-opting the male gaze as a sign of defiance, all while making Insta money off her hot sloppy tits? Reducing, I mean elevating, her body to a sexual object? Where's that Oscar-worthy drama.

The people behind Marie Claire will be the last to know that no one knows what Marie Claire is, but until they go out of business, come hell or high water they're going to give people who've never read a book a platform to talk about stupid crap that no one wants to hear. Actually the secret to success for most magazines. When asked about what feminism means to her in the year 2018, Ratajkowski stated:

We grow up in this patriarchal, misogynistic culture, and women fantasize about watching themselves through a male gaze. But if a woman decided that she likes herself in a gaze, and it makes her happy, should she feel the burden of where that comes from? I don’t know the answer. That’s now what feminism is about. It’s freedom of choice. Do what you feel like!

And yet when Bill Cosby abides by "Do what you feel like!" women get bent out of shape? That's sexism. Ratajkowski also opens up about the struggles of being taken seriously when you're... I can't decipher it actually:

It’s actually something I’ve thought about a lot without ever saying seriousness in my head. I care a lot. I think I freak people out sometimes going into meeting with Hollywood producers…with f–king guns blazing. I had something to prove, and it had very little to do with my acting ability or the way I looked. It was about the Take me seriously. Look me in the eye.

I don't think your Wolf of Wall Street sensibilities are what's distracting men. Not really a soothsayer over here, but it might have something to do with the fact that they've creamed their corn while picturing your twat. Exactly what Emily's been fighting for. Never give up girl.