I don't know if you remember what happened in 2011, but Galliano was arrested for "Hate Speech" when he was the designer of Christian Dior, before being suspended!

He said things like "I love Hitler" and went onto more statements about "gassing" people!

Here's the CNN report, so it MAY be fake news, which exposed Natalie Portman having no opinion on the incident when she was sponsored by the brand he designed for, despite being Israeli!

So, he was cancelled long before everyone was cancelled, but as these things tend to work out, the people, like Emily Ratajkowski, who is also Jewish, managed to forgive and forget and re-integrate him back into the zeitgeist to further amplify their successes, which in this woke era, seems CRAZY!

It is NY Fashion week and Em Rata is hot while wearing his "iconic" Newspaper dress, or a variation of that dress that was apparently originally made famous by Sarah Jessica Parker in the Carrie Bradshaw, teaching women to Sex and the City days!

Speaking of Sex and the City, there's a rumor that Emily Ratajkowski left her husband for Brad Pitt, which we cannot confirm or deny, but if true, they are probably doing their fair share of viagra Sex and the the City, since he's in his 60s, but still Brad Pitt! 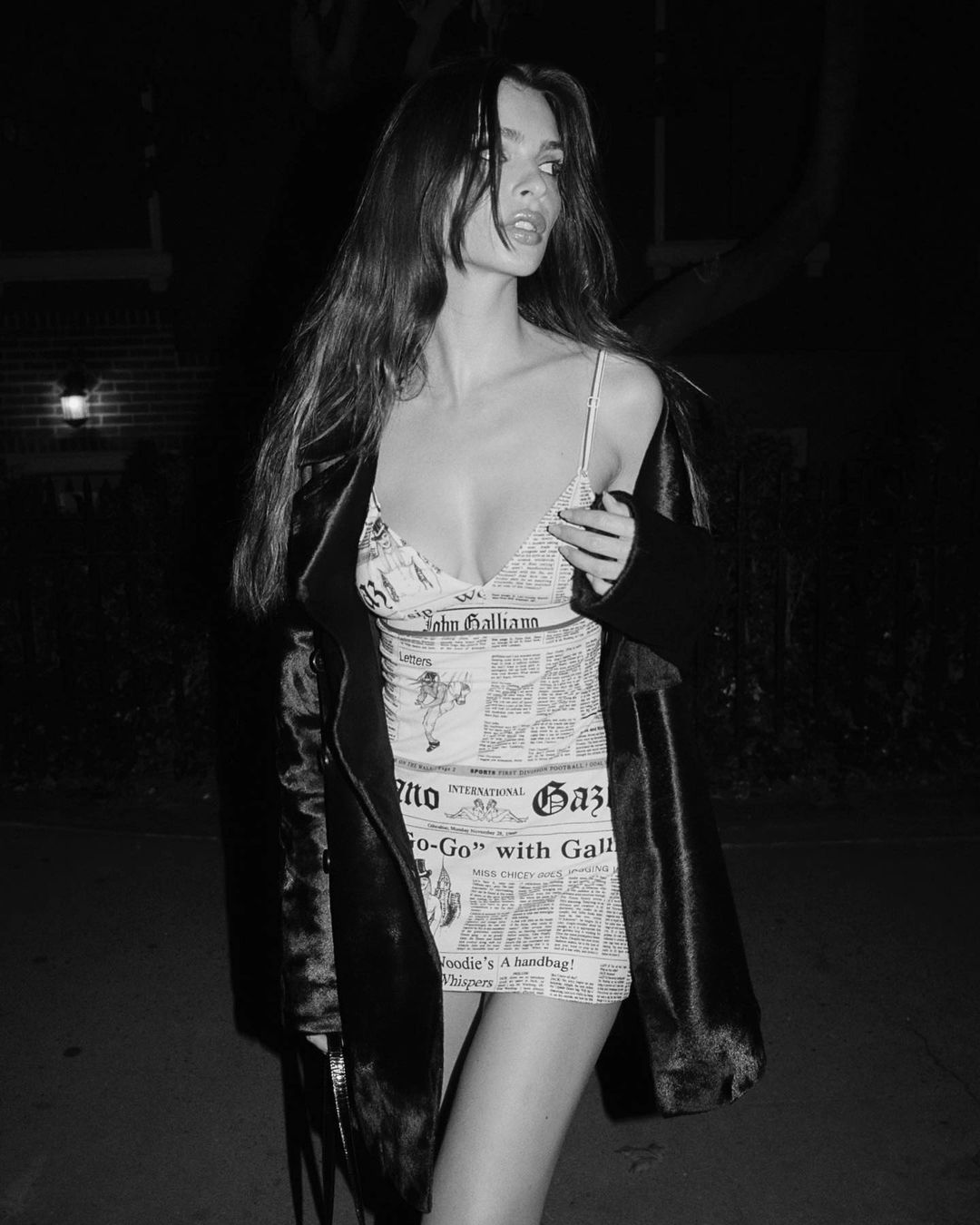