Elle Fanning attended the 27th Annual Critics Choice Awards last night at the Fairmont Century Plaza in Los Angeles and while she was there she made her way to the public restroom before the show to put on some finishing touches.

While in the bathroom, Elle snapped a quick selfie while sitting on the "golden throne" as she calls it, showing off her gold dress, slicked back ponytail and her nude thong! Going to the restroom in a gown like this seems like a lot of work! See Elle taking a toilet break and more from her night at the awards in the gallery below! 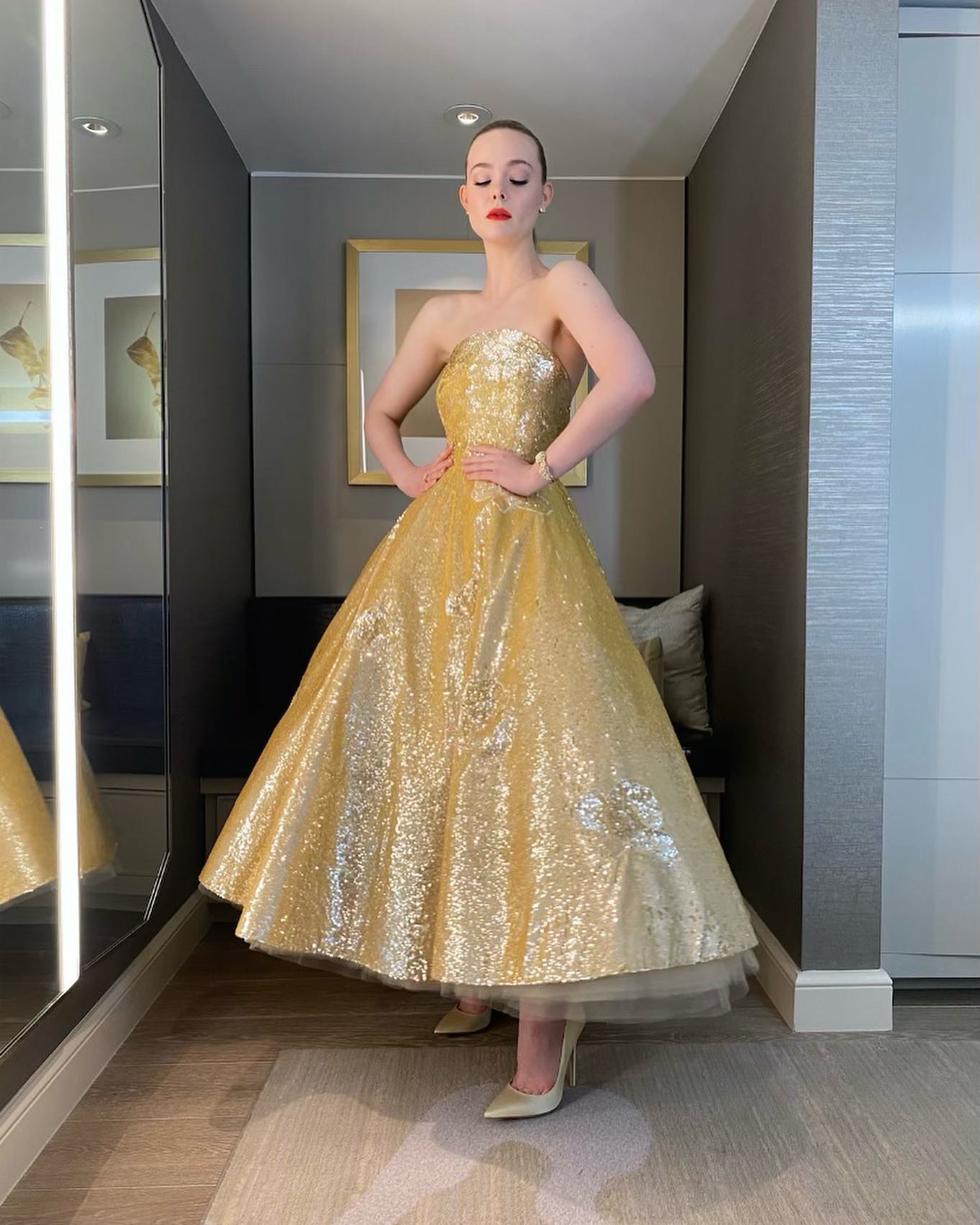 Nina Adgal Bored in a Bikini