Dua Lipa to The Moon!

Dua Lipa recently announced that she is releasing new music, this comes after her album Future Nostalgia dropped last summer and has hung around the number 1 spot not he charts for a while.

She's been bopping around during this pandemic which has brought out some haters on her Instagram posts, but just as soon as someone makes a comment about her travelling the world during a pandemic, she has her fans coming to the rescue to tell the haters to shut up. Seriously her comment section is kinda lit.

The new Moonlight edition of her album will drop February 12th and she's already teasing her fans with even more music to come. Dua shared some photos of her in the zone recording and writing songs. In the meantime, here she is in the promo shots for The Moonlight Edition! 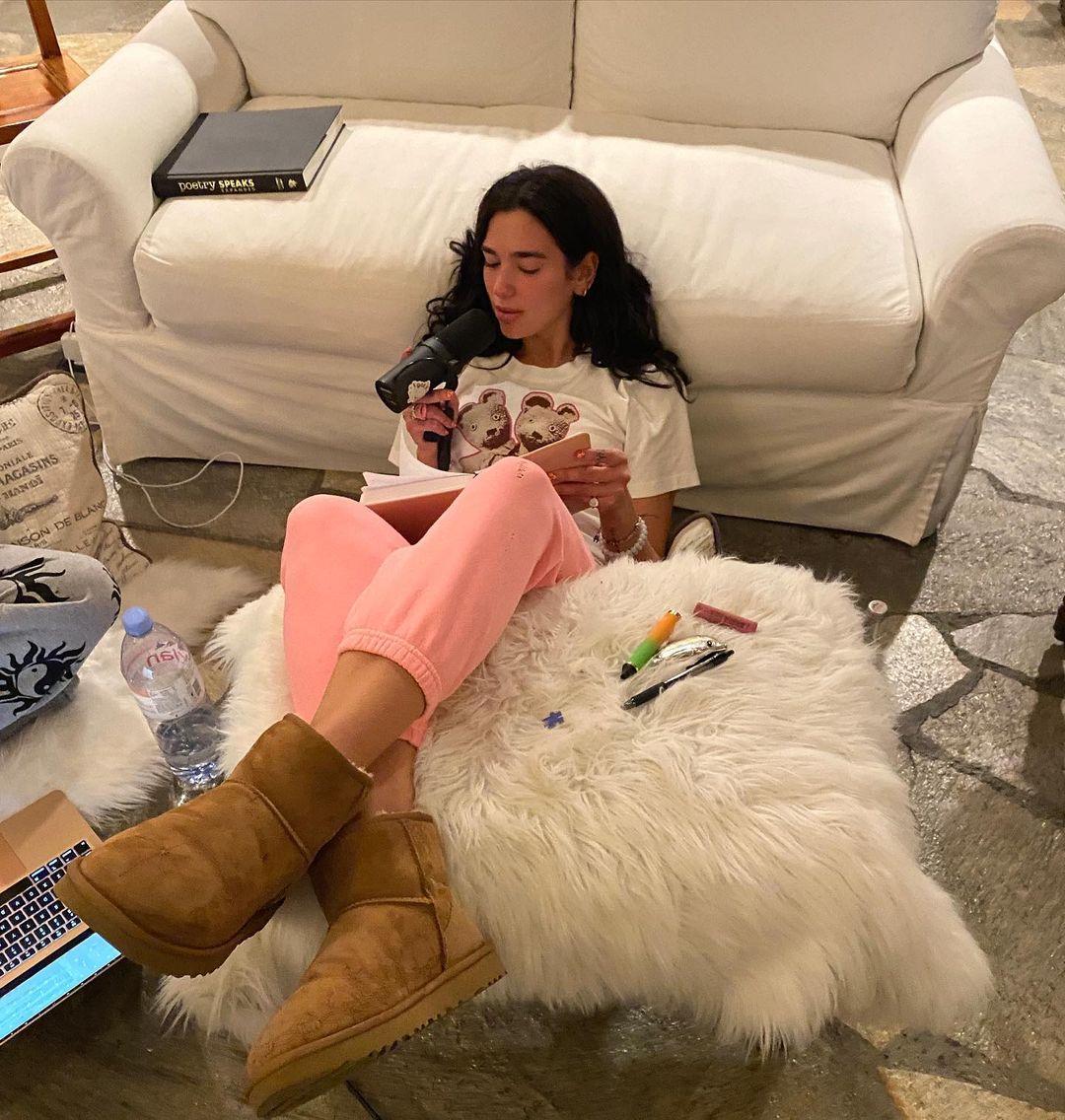 Nadine Velazquez Showing Off Her Puppies!