Dua Lipa has made her way over to The Late Show with Stephen Colbert where she got to talk about her big Future Nostalgia album which was released at the same time as the Corona Virus, meaning her plans had to be put on hold. The pandemic actually ended dup giving Dua the time to fine tune the album and plan her world tour.

The singer couldn't help but blush as Colbert named off some of her accomplishments, like winning a grammy for the album and having her song Levitating (co-written by the iconic Sara Hudson) become the most streamed song in all of 2021. Watch the interview below and see some behind the scenes shots from Dua's visit to the show in the gallery! 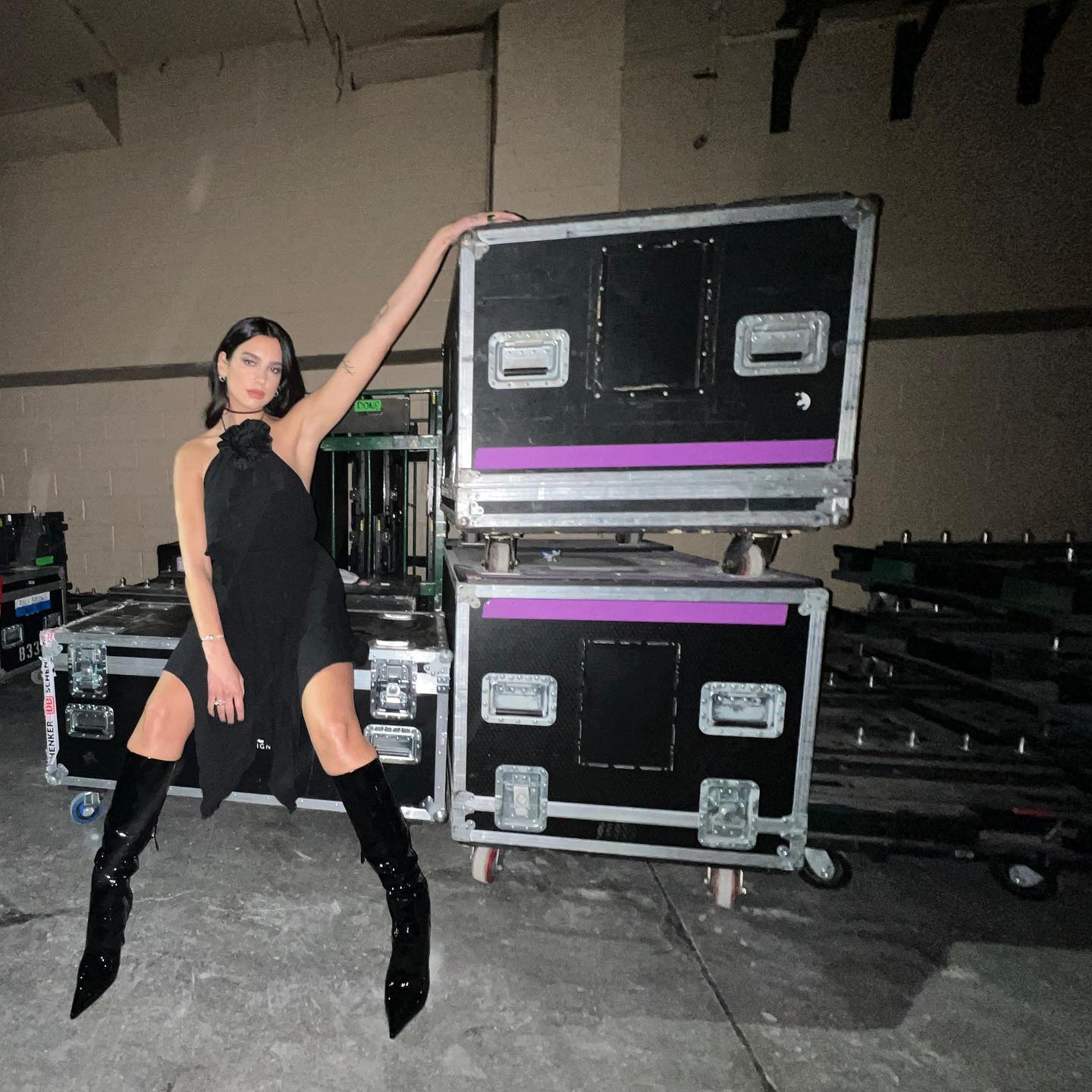