Wow doesn't the site look so good. And work so well. Our dev people are moving the backend of WWTDD over to a different platform, and I'm just going to take out my frustration on Demi Lovato's gross body. The sassy mid-tier celebrity has been outspoken about her eating disorder ever since she became famous for claiming to be suicidal, and while her endless bathing suit selfies suggest that Lovato has thrown in the towel and decided to accept that she's a Garbage Pail Kid, apparently she's still struggling. At least according to a bathing suit pic that takes a serious tone with Lovato's caption:

So, I’m insecure about my legs in this picture but I’m posting it because I look so happy and this year I’ve decided I’m letting go of my perfectionism and embracing freedom from self criticism. Learning to love my body the way it is is challenging but life changing. Giving up my eating disorder has been the most challenging journey of my life but I work every day towards solid recovery even if I mess up sometimes. Today I’m feeling strong. You all can do it too. It IS possible. Thank you God for this new chapter in my life. #EDrecovery #happyAF

#EDrecovery. Too good. As a child of the 90's I always associate eating disorders with hot skinny people, but I guess in this inclusive post-Abercrombie world fat people like Lovato can have them too. In fact it seems like big people are really good at eating and that there really is no disorder. So it feels like it should called just, eating. But progress means that anyone can be anything, and Lovato's current weight is an achievement over her former emaciated self. ::Wink::

Honestly, Lovato looks like a normal mid-level person here, and I can't imagine what legitimately overweight people who look up to her must think of this photo. If these thighs are embarrassing enough to warrant an Insta inspo sesh, then Demi must think that some of her fans need to be put down. Lovato carved out her niche as the ruby-throated Dove girl, and in order to maintain her fans, she's going to reference her ED for years to come. And give us ED in the process. 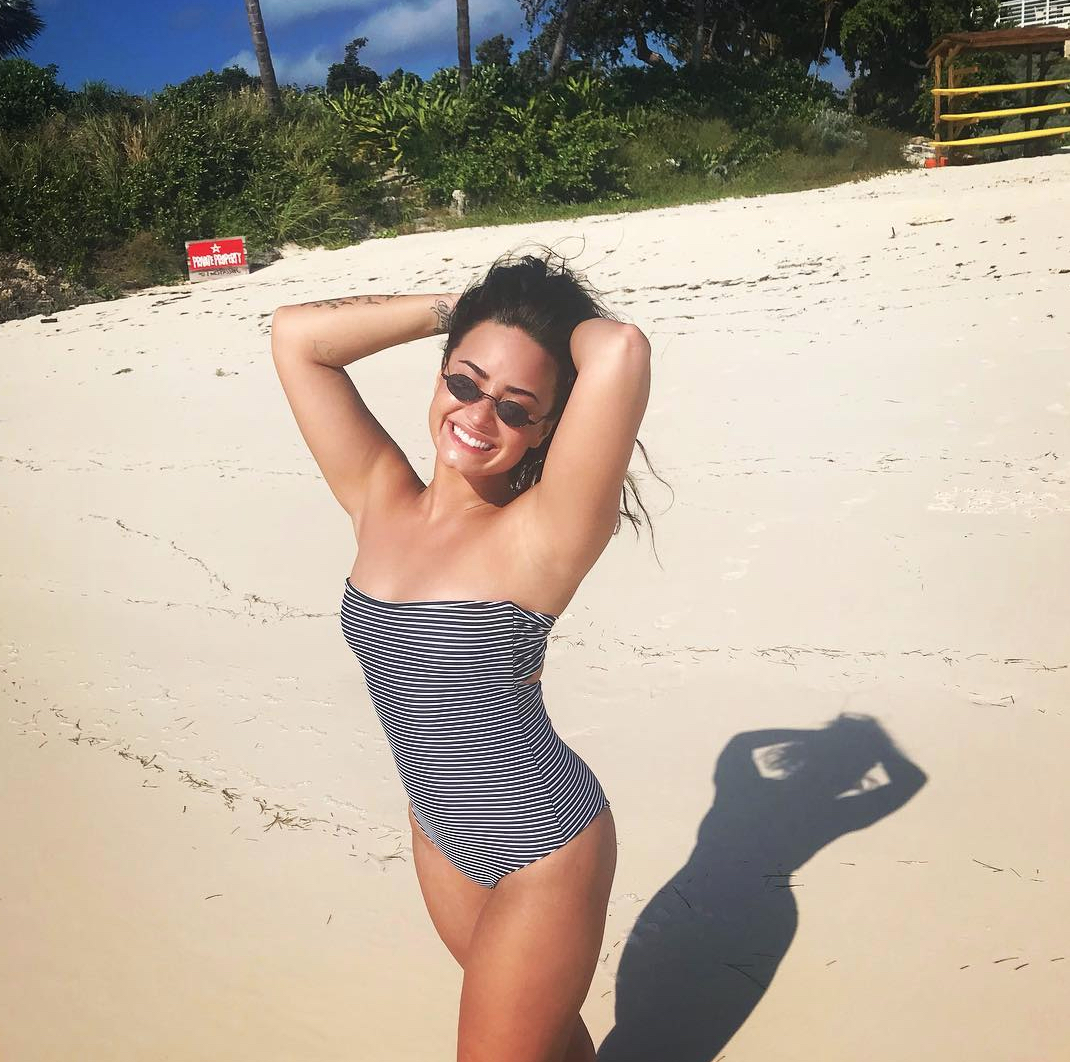 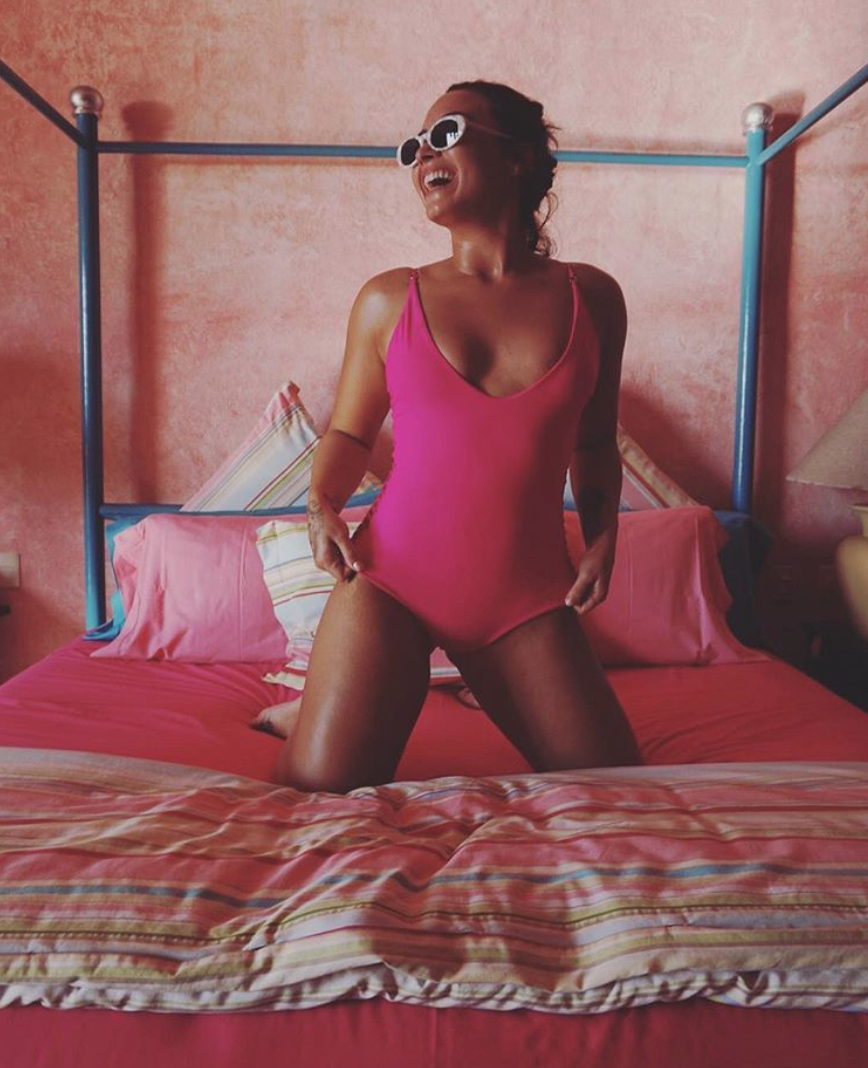 Italian Tennis Player Camila Giorgi Heated Christmas Up in Nothing But Lingerie and Heels!