Amy Schumer is now officially one for three with her leading lady movie career, because while Trainwreck stole the hearts of Americans who like dumb movies, Schumer's smoke and mirrors didn't work for Snatched, and with this weekend's I Feel Pretty, she's not only receiving horrible reviews and all but guaranteed to bomb at the box office, but is also offending people for her body shaming. We can't all have ultra slim barely-alive size six bodies, okay Schumer.

I Feel Pretty is being compared to Shallow Hal, because both movies star actresses who nobody likes. Schumer plays fat as holy hell Renee in I Feel Pretty. After a freak accident at SoulCycle Renee magically perceives herself as being attractive and thin, and proceeds to act accordingly. This leads to scenes of Renee proudly showing off her body (including while competing in a wet t-shirt contest,) and the gag is that what the audience is seeing is actually a body that's offensive to all the senses and would get doused in acid in less progressive countries. Laughing at a fat girl who thinks she's pretty. Schumer's really reaching with this role isn't she.

Critics are panning I Feel Pretty - which currently has a 36% rating on Rotten Tomatoes - and not just because it isn't good or funny in any capacity. The flick almost too perfectly highlights Schumer's non sequitur platform. She claims to be body positive, but slams any h8ers who call her plus size. The lady thinks she's a size six. She is Renee. Without ever having been inside a SoulCycle obviously.

On one hand, body positivity is a rationalization for the obesity epidemic. On the other hand, for as stupid of a platform as body positivity is, if you're going to stand for something, stand for it. Schumer can't spread love light and cellulite around the world while also using a way-less-than-perfect bod as the singular punchline throughout an almost two-hour movie. Schumer, just think - what would Ashley Graham do. Wait, is Schumer making Ashley Graham make sense to me? Well now she must die. 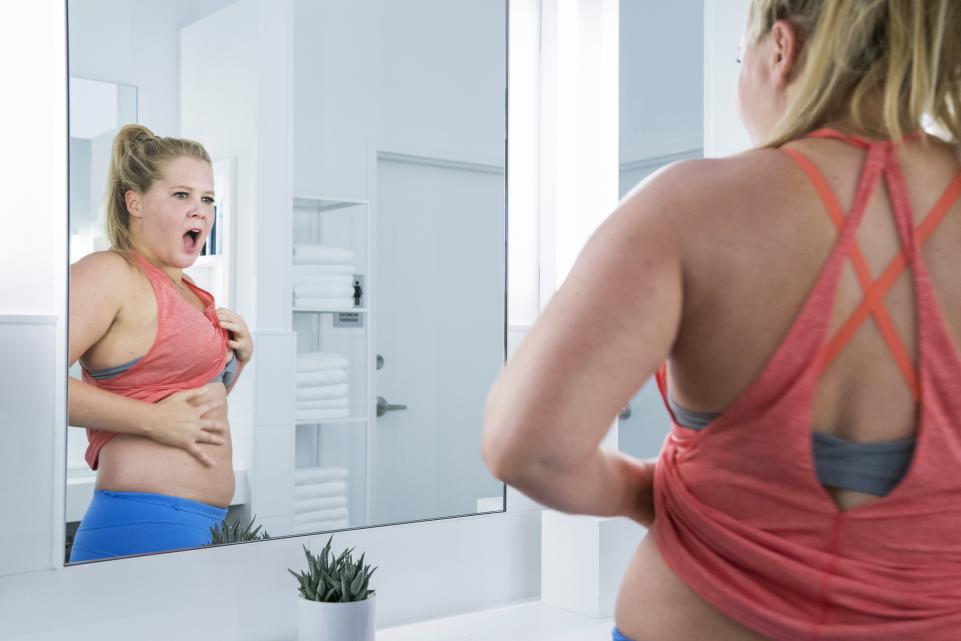 Photo Credit: The Premiere of "I Feel Pretty" With Models And Stuff, It's Not Just Amy Schumer Don't Worry From Pacific Coast News

Yara Khmidan Is Amazing In Bikinis

Candace Bailey Attack in Your Pants; Behind the Scenes of Maxim Photoshoot (VIDEO)