Courtney Stodden is Bouncing Along!

Courtney Stodden recently called out her ex husband Doug Hutchison for grooming her when she was 16 and is hoping to find a way to prevent girls under 18 from being legally allowed to get married, especially to some 50 year old washed up actor.

"Ever since Framing Britney Spears has come out, I’ve received apologies from both sides — people in the media and supporters from around the world. I think the documentary has opened a lot of people’s hearts to what it’s like being in the shoes of a personality in the center of judgement. Major props to queen Brit. She was everyone’s “sideshow” , yet still she stands... she still rises. She is a rock to me."

The 26 year old has also been standing up for the #FreeBritney movement after the new documentary Framing Britney came out. Here's what she had to say about how Britney and her are similar. She also again calls out bully Chrissy Teigen for sending her death threats when she was 18 years old.

"I was lost in Hollywood madness and had no where to turn, all while being painted as some kind of clown villain for people to sling mud at. 16,17,18 were the hardest years of my life. I was a joke every night for Anderson Cooper on the Ridiculist. I was a target for celebs like Wendy Williams to call me a slut. I was perfect for Chrissy Teigen to bully and tell me to go die in the dirt. Jason Biggs loved harassing me, making me feel like trash. Amongst a plethora of others."

Courtney is not letting the toxicity of the past get her down though, she signed off her message by letting us know she is free of pills and alcohol and is continuing to bounce along to greater things, like in the video below where she mimics a classic Anna Nicole Smith clip:

The queen did not stop with the bouncy video above, she also came to TikTok to win the silhouette challenge with the video below! 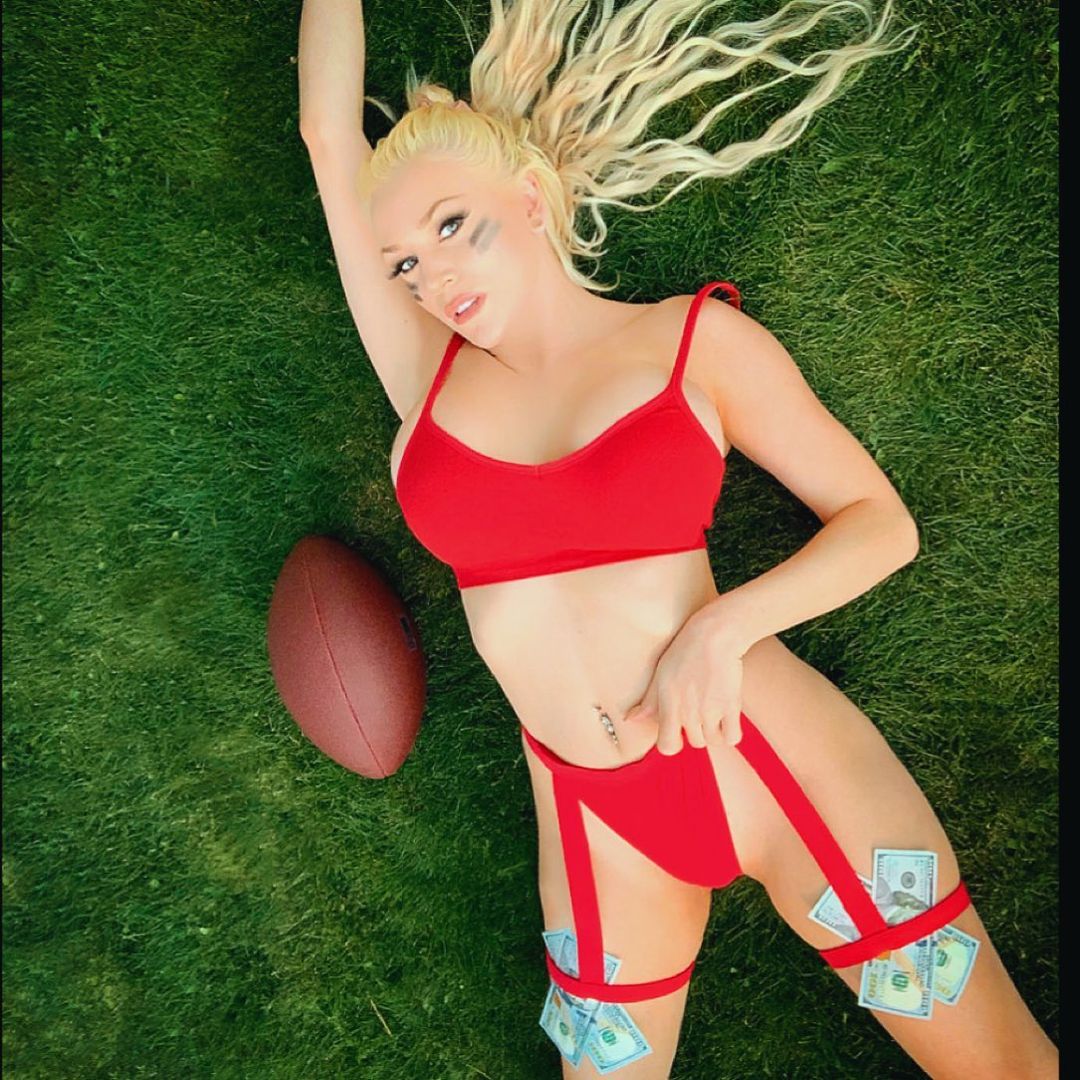