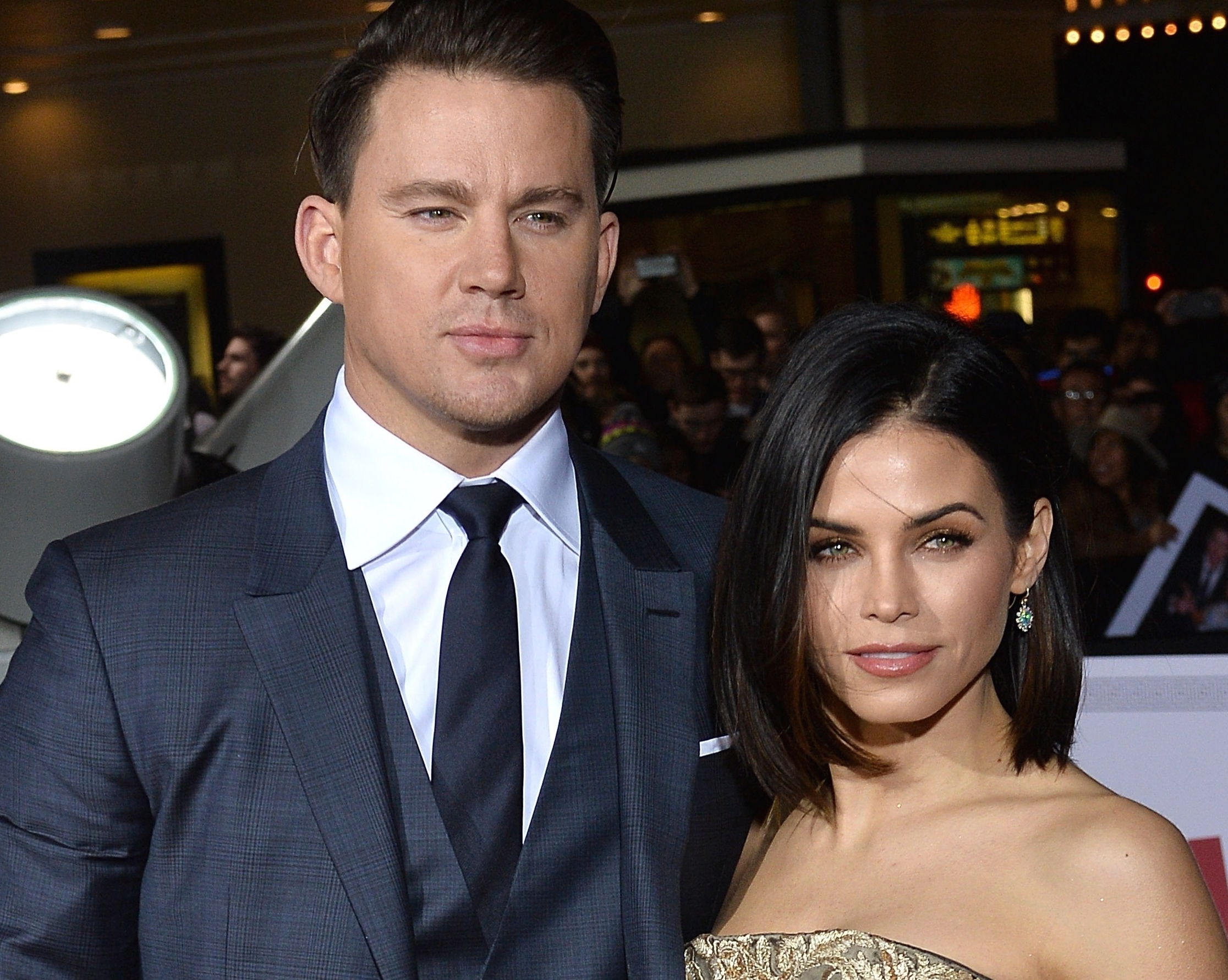 A sad skanky version of Gwyneth Paltrow's iconic "conscious uncoupling" from adult contemporary singer Chris Martin is upon us now that Channing Tatum and Jenna Dewan have called it quits after nine years of marriage. Is this a divorce? Who knows. But yes it is. However you won't find that naughty word in Jenna Dewan's lengthy Instagram post announcing their decision to "separate as a couple." Dewan also took the opportunity to demonstrate her graphic design prowess by creating the text image on a purple to yellow ombre background that I thought could only be used for bible quotes for poor people. Turns out, you can also use it as an epitaph for your extended fifteen minutes of fame.

Dewan and Tatum met on the set of their 2006 classic Step Up and made things official three years later. This next part is going to be a real shocker for anyone who hasn't noticed Tatum's face expand and contract over the years like he's hooked up to a tire air pump - the thirty-seven-year-old has been doing fistfuls of drugs. We're talking drugs for breakfast, lunch, and dinner. And obviously quite a bit of food to wash down the drugs. He even admitted to getting caught up in the good shit in a 2014 interview with GQ, but proudly added "I never OD'd or anything. Never." Well now he's just bragging.

The drugs could have had something to do with it, or maybe the couple divorced because watching your wife in her late thirties slowly succumb to the hands of time isn't as fun as it sounds. Or maybe it's because Tatum is two injections away from becoming Jocelyn Wildenstein. Or maybe it's because he's has been fucking women consistently throughout his marriage to Dewan. Whatever the case. Goodbye forever Jenna. I would say it was nice knowing you, but I don't honestly know who you are. I mean, were.