Caption This: Alicia Silverstone Photographed Sleeping On Bench Outside Hotel 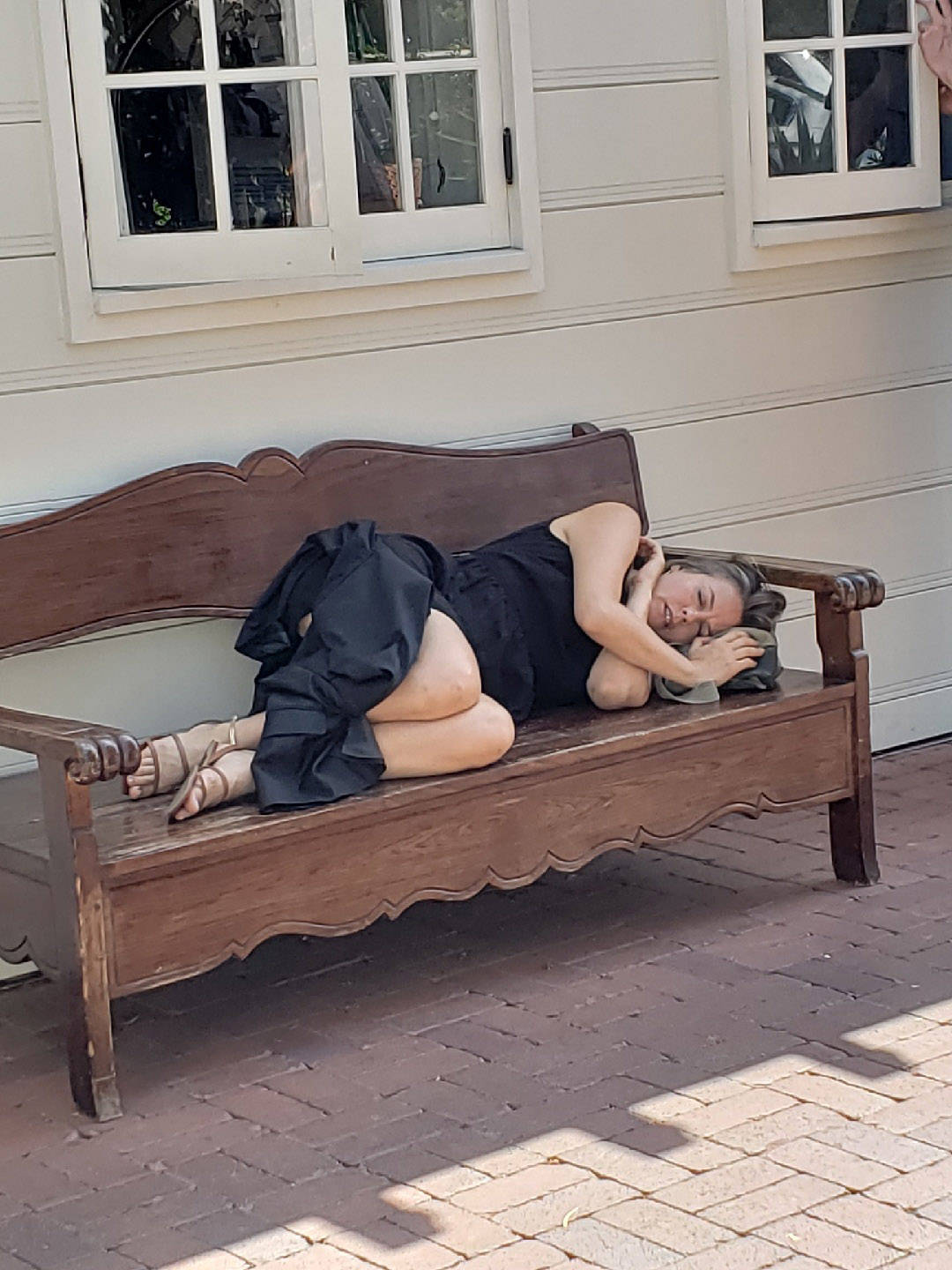 Has Alicia Silverstone gone from Clueless to homeless? This is the question no one is asking right now, because nobody cares about Alicia Silverstone anymore. But the guy I work with who manages our paparazzi accounts sent me the message "I got a couple pics of Alicia Silverstone sleeping on a bench outside a hotel. If you're interested." To which I said I was, because I've already fanned the flames of the whorey attention-grabbing shit show that is the MTV Video Music Awards too much by giving Harriet Minaj the time of day.

The opposite of attention-grabbing is Alicia Silverstone looking fucking miserable on a bench. It's refreshing. Here's the caption provided by the photo agency that released the pics:

Alicia Silverstone looking a little worse for wear outside of the Encanto Hotel while waiting for a friend to pick her up.

We can read between the lines. Crack whore. Distract yourself from the genuinely stupid VMA coverage plaguing the dark web today by coming up with a caption for Alicia Silverstone dying on a bench.