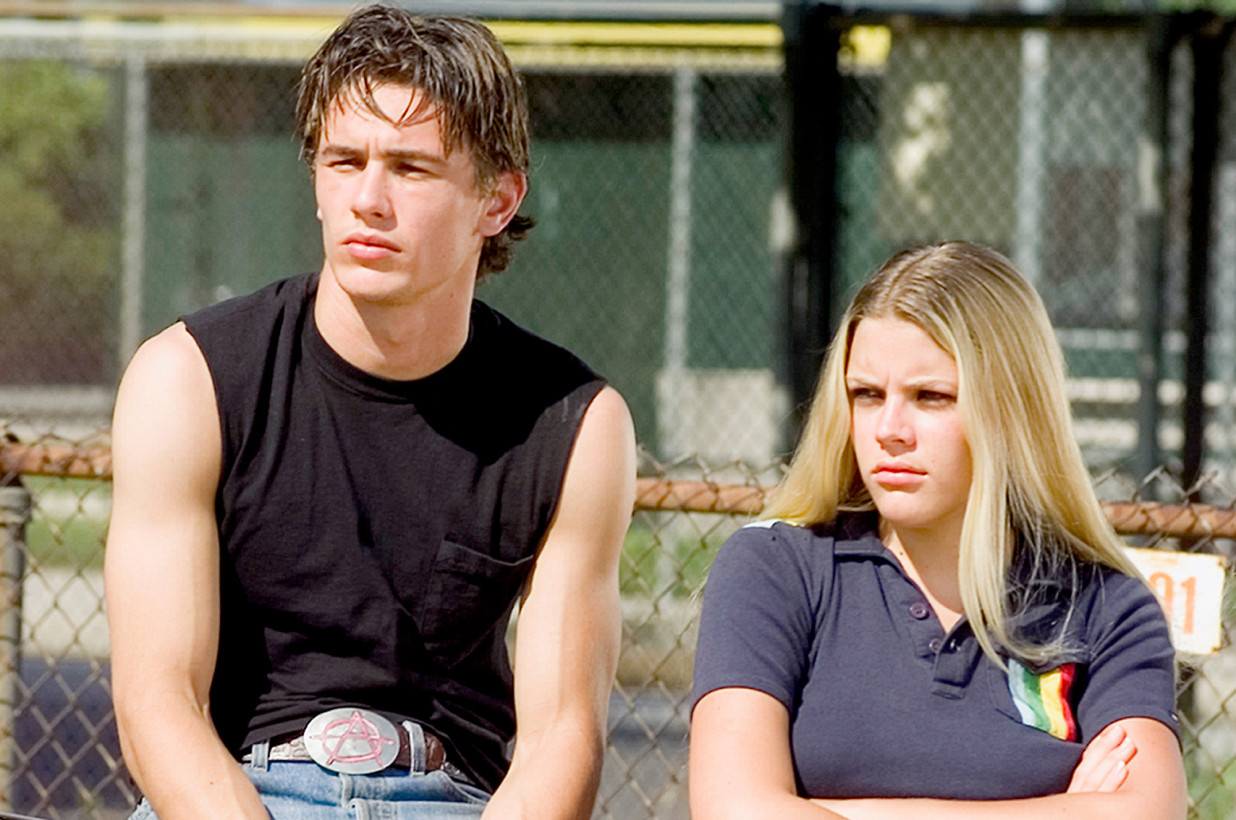 An occupational hazard of working in Hollywood is that, at one point or another, you're going to either get raped or punched. It all comes down to taking the good with the bad. Ya know? Busy Philipps doesn't know, and is still offering up behind-the-scenes details about her career like we even know who she is. And I honestly don't. I can't keep the sexual assault histories of every forty-something actress straight, but Philipps was integral to the #MeThree! movement. And now she's hungry for more.

Philipps has a memoir coming out titled This Will Only Hurt A Little, and the folks at Page Six MYSTERIOUSLY got their hands on a part of the book that Philipps sent them detailing James Franco's manhandling of Philipps on the set of Freaks and Geeks. Philipps was instructed by Franco to physically confront his character, but once she acquiesced:

...He grabbed both my arms and screamed in my face, 'DON'T EVER TOUCH ME AGAIN!' And he threw me to the ground. Flat on my back. Wind knocked out of me.

After then storming off set, James was forced by producers to apologize to Philipps, but he continued to be a douchebag throughout filming. James Franco being a douchebag. A revelation. Thanks for the hot scoop Busy. From Christian Bale's Terminator meltdown to Jeffrey Tambor's on-set rage, the evidence of actors being huge assholes is mounting. As I always say, a good rule of thumb is that the members of The Lollipop Guild sexually assaulted Judy Garland, and no one cared. As an actress, you should know what you're walking into. It's like, don't work at an ice cream shop if you're allergic to sprinkles. Wait, what's today's lesson?

oksana says she has pictures

Return Of The Chipmunk