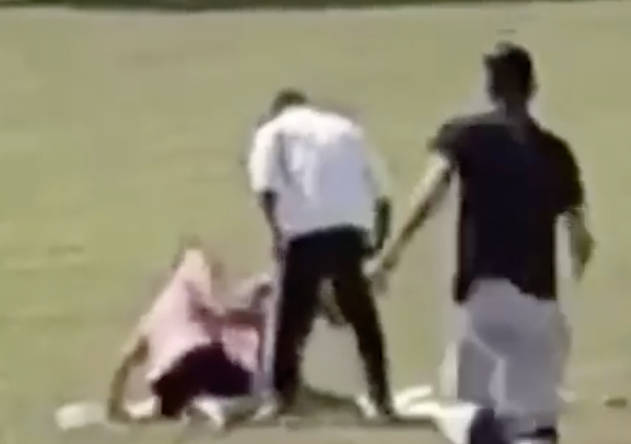 Brits, like Americans, can either be classy or trashy, but while many Americans picture the classy to outweigh the trashy across The Pond, this might not be the case. For every Kate Middleton, there's a Katie Price, and something tells me that a chick recently caught on camera getting banged in the middle of a park in broad daylight has more in common with the latter of the two English enchantresses.

The incident occurred in Leeds, England, which, means nothing to me. What does mean something is that we can see blurry footage of a guy - who we'll assume looks like Blake Fielder - slowly pumping a woman - who we'll assume also looks like Blake Fielder. They were getting it on next to a cricket match, and after people nearby caught onto the park hookup and began calling the police, some guy went over and Brit slapped the dude. Drugs, such as heroin, were surely not involved. Serious question to any Brits reading this - are you all secretly garbage?

Head HERE for the NSFW-ish video

Six Pack of Beer Soap Won’t Get You Drunk, Will Get You Clean