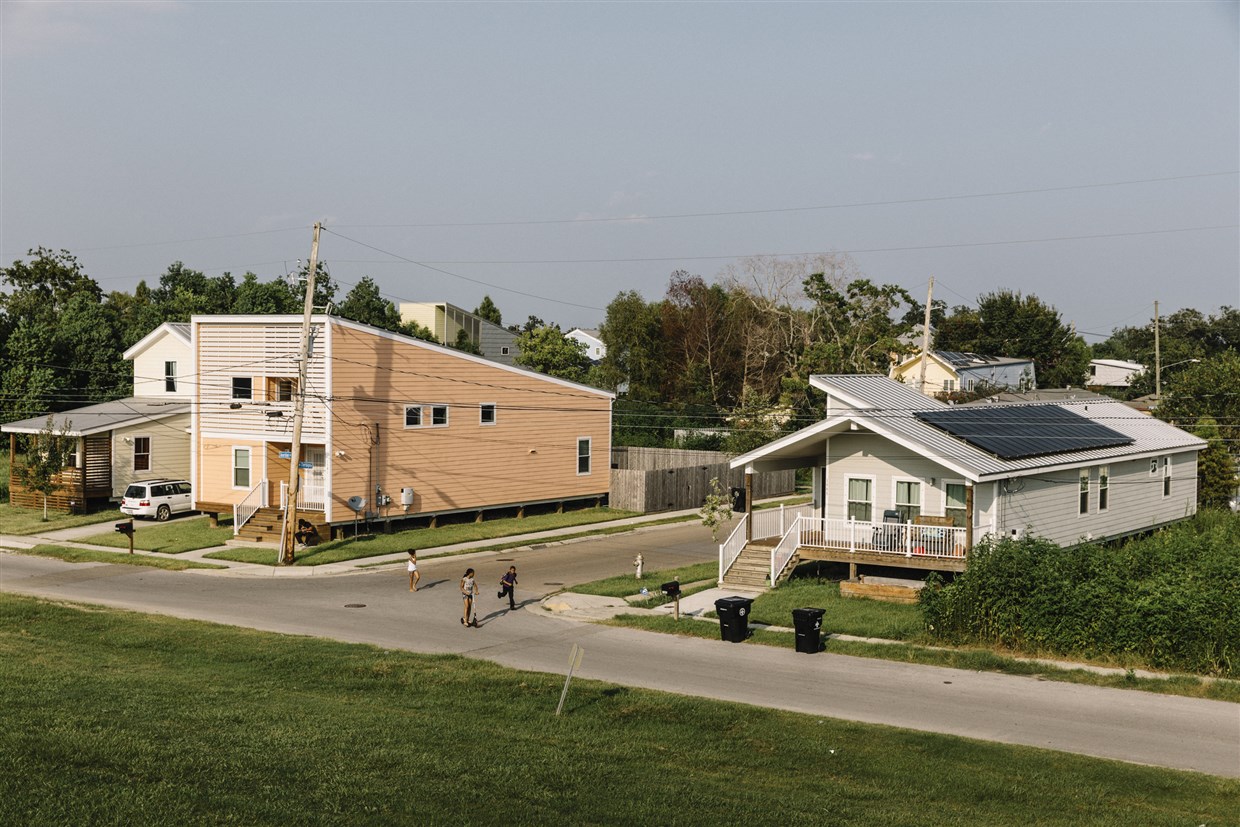 It's ironic that poor people who don't contribute to society are also the most entitled. A bunch of trash lived in an area of New Orleans, The 9th Ward, knowing - from the aftermath of the devastating 1965 Hurricane Betsy - that the area was prone to flooding. When Hurrican Katrina hit the region in 2005, it flooded for the same reason that it did decades prior due to Betsy. Broken levees. Liberals claim the trash didn't have the economic mobility to flee the impoverished area, but if a lot lizard can make her way across the country with a little determination and a lot of FUPA blow jobs, dreams can come true for anyone. Or whatever.

All of this brings us to Brad Pitt, who swooped in with his Make It Right foundation to make it right for the stupid trash wanting to stay in their gross floodplain hood. He rewarded bad behavior by building 109 modern homes. In a shocking turn of events, the residents didn't adequately maintain their homes. Now two of them are suing Brad Pitt's foundation for crafting "defectively and improperly constructed" residences, according to NBC News. Most people would assume that within a thirteen-year span, a little TLC would be required to keep a house in tip-top shape. But not entitled lazy trash:

[The homeowners] complain of mold and collapsing structures, electrical fires and gas leaks. They say the houses were built too quickly, with low-quality materials, and that the designs didn’t take into account New Orleans’ humid, rainy climate.

Pitt's foundation had this to say about the lawsuits:

We began an extensive review of homes just after the tenth anniversary of Katrina. Thanks to the dedication of the MIR team, we have been coordinating repairs of homes experiencing problems since early 2018 and I have total faith in our team on the ground to see this through. I made a promise to the folks of the Lower Ninth to help them rebuild — it is a promise I intend to keep.

The Make It Right office in New Orleans closed years ago, and only a handful of people remain on staff, but with the coverage this story is getting, something tells me Pitt is going to have to keep his word and prop the homeowners up for decades. You give a mouse a cookie.

Kate Beckinsale Showing Off her Abs!