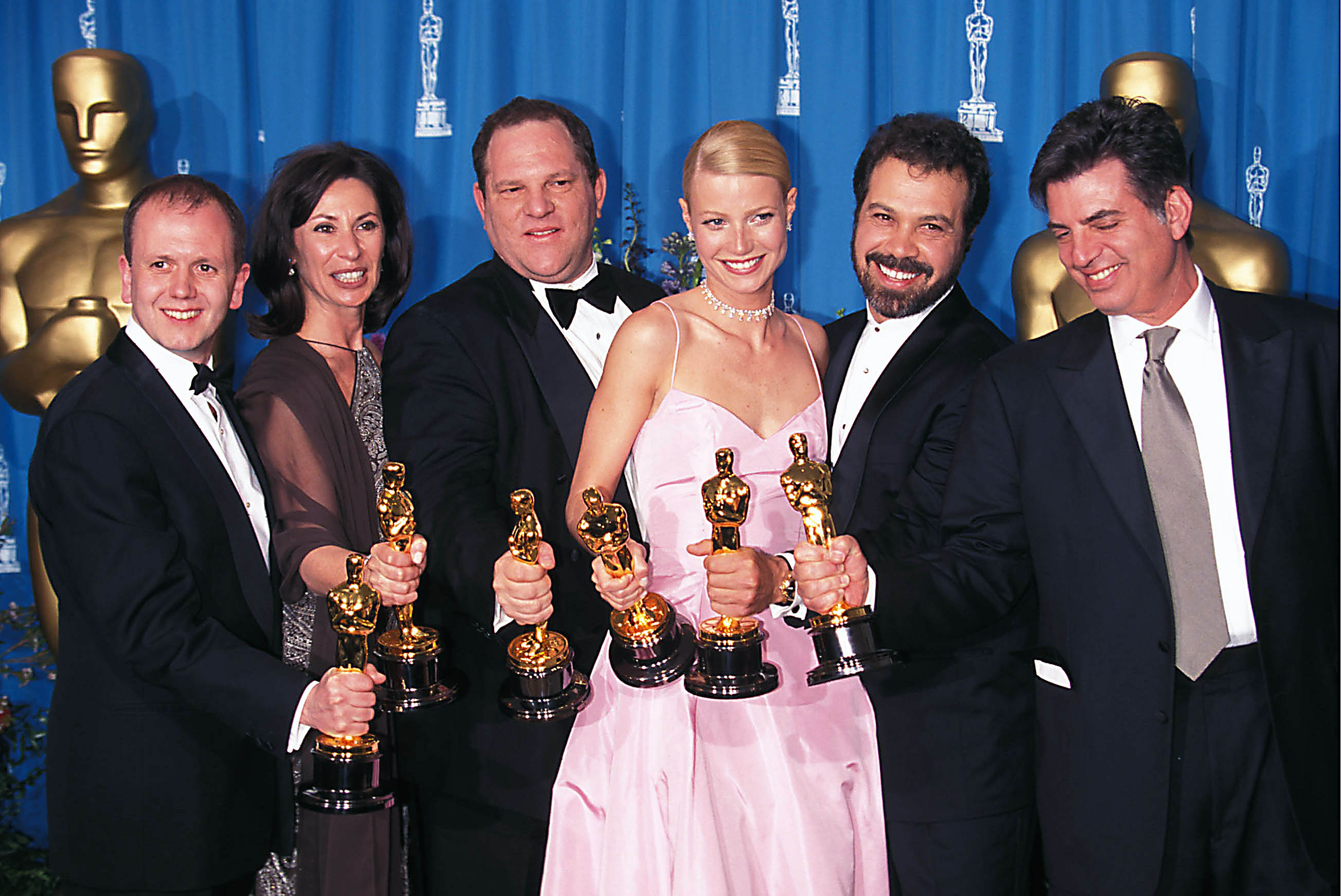 You can tell that celebrities like Gwyneth Paltrow and Brad Pitt are great at relationships, because they've been in so, so, so, so many of them. Hell, name one actor who hasn't scratched his dick against her loofah vag. It's organic. Anyway, you may not remember, but between the years of 1994 and 1997 Paltrow and Pitt cross-contaminated each other as a couple, and during that time the always-chivalrous Pitt stood up to Harvey Weinstein to defend Paltrow. If only Pitt had been there to do the same thing a few years earlier... she wouldn't have a career.

Paltrow recently opened up to Howard Stern about her #MeThree! time with Weinstein:

We had one incident in a hotel room where [Harvey] tried to make a pass at me. I was blindsided.

Right. She confided in Pitt about the incident, and at the Broadway premiere of Hamlet, he approached Weinstein because he's a manly man man. Paltrow continued:

It was the equivalent of throwing him against the wall, energetically. It was so fantastic because what he did was, he leveraged his fame and power to protect me at a time when I didn’t have fame or power yet… he’s the best.

[Pitt] told me exactly what he said. He said, ‘If you ever make her feel uncomfortable again, I’ll kill you.’ It was great.

"The equivalent of throwing him against the wall, energetically." Sounds like a really intense fight. This is the same woman who stores about a dozen thousand-dollar rocks up her twat 24/7 and who called her divorce a "conscious uncoupling" so I'm going to say that all of this translates into non-delusional rich bitch lingo as "I slept with Weinstein for a career in Hollywood." And then "And even if I didn't, I knew Weinstein was raping actresses as I posed for this picture with him in 1999 to accept my Academy Award for a movie he produced. I said nothing because I have no soul."  Still brushing up on my Paltro-isms, but I think that's about right.