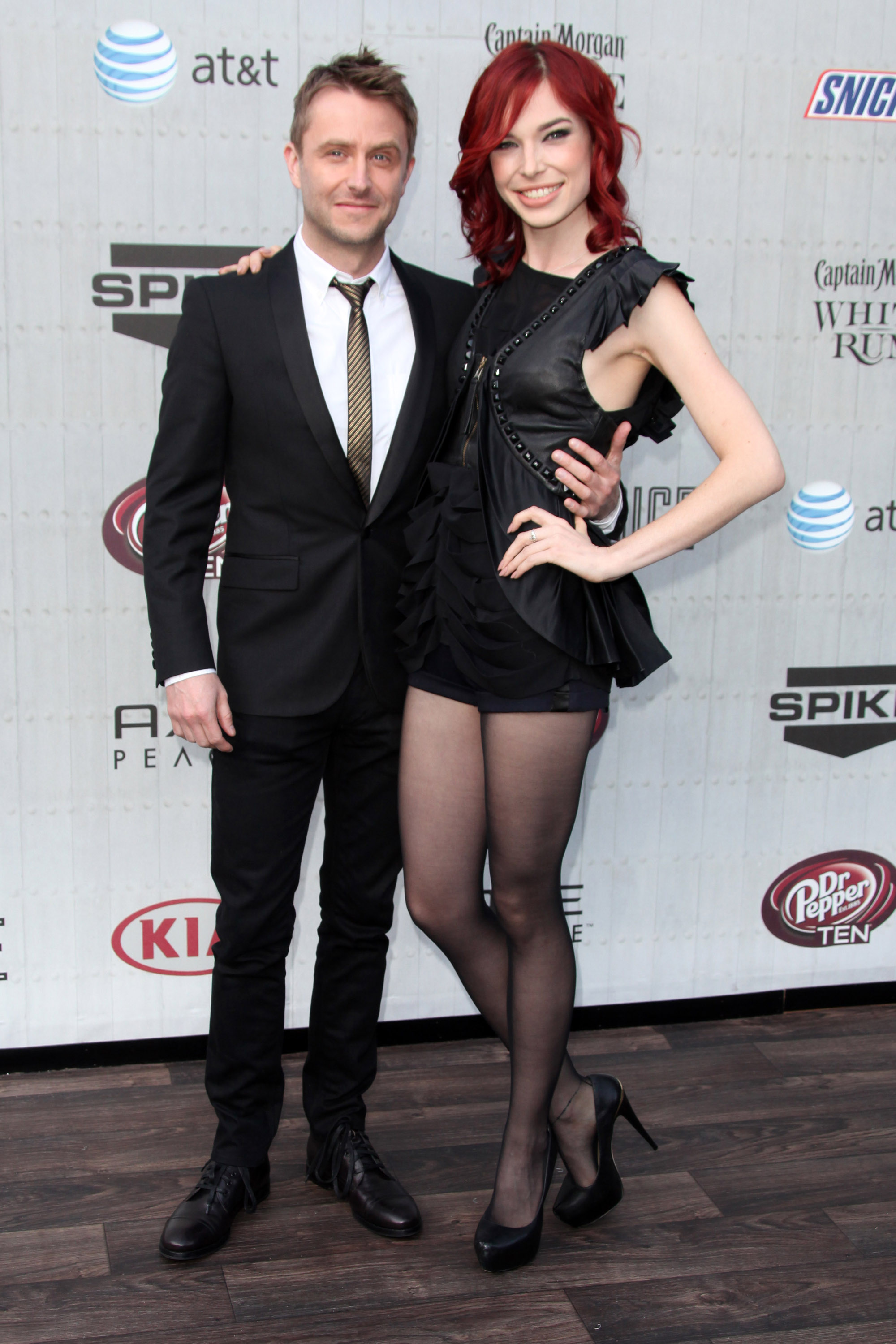 This Blind Item turned into a Blind Item: REVEALED right before my very eyes as news broke that our "A list podcast host" is Chris Hardwick, and that he was dropped from the company that he founded, Nerdist, with which he also ran a podcast. In fact not only was he dropped from Nerdist, but earlier today was also scrubbed completely from the site. Hardwick also hosts the aftershow for the Walking Dead as well as other pretty tragic things like The Wall on NBC.

But probably not for long. And why is Hardwick going down? Because his ex Chloe Dykstra released a tell-all open letter via Medium about their allegedly abusive relationship together. She doesn't name Chris specifically, but pretty much hits us over the head with allusions to him. Apparently he emotionally abused her and blacklisted her in Hollywood and made her anorexic and at one point she looked down from an overpass wondering if it was all worth it. Four-foot tall comedians who look like a butt baby between Joel McHale and Jesse Pinkman can't be too happy with their lives, so it makes sense that Chris would be a douche.

Interestingly the Blind Item about Chris Hardwick states that not one, but six women were at the receiving end of Hardwick's spiky-haired wrath, which is why this is only "Revealed-ish." Hopefully that means we have five more insane letters coming our way, because this shit is good. Check out the original Blind Item below, and if you are one of the other five alleged abused ladies and want to make us famous by publishing your juicy tell-all on here, just LMK. We're known for our delicacy in handling these matters.

The question is not whether this A list podcast host will lose his podcast because he sure as hell should, it is whether all those other television jobs he has will also go by the wayside. Will they do what is right and fire him for what he put six women through or will they ignore them? I'm also curious what his A- list celebrity wife knew and when she knew it. Is she a victim or complicit?