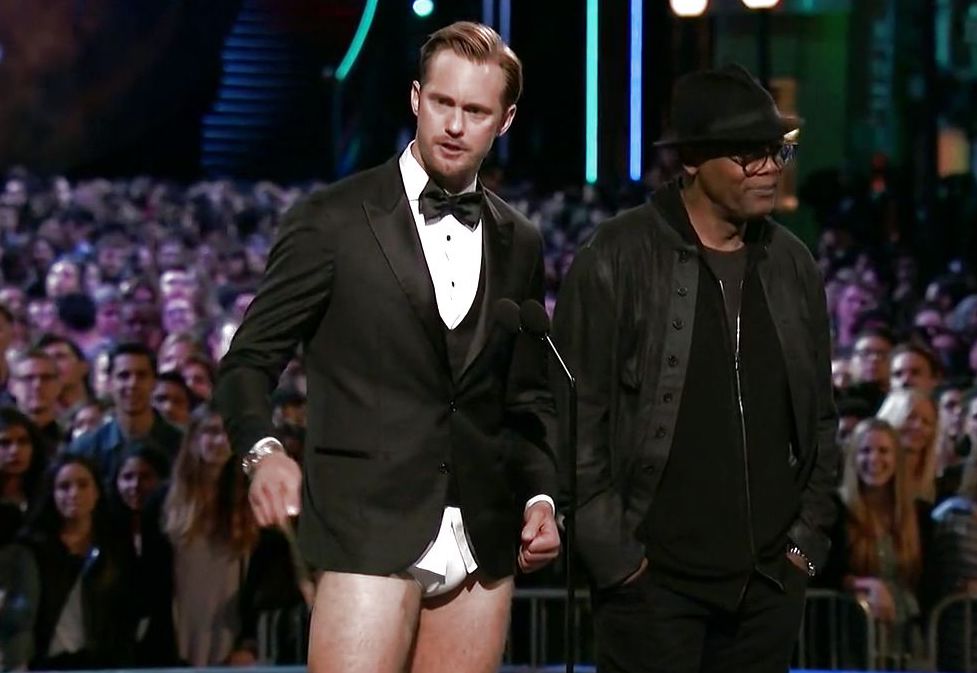 Today's gay Blind Item actor is desperately hiding in the closet as reality encroaches from the outside. Like Michael Myers zeroing in on that hermaphrodite in that scene from Halloween. He wants to nab a lead in a huge movie franchise before the jizz is up. My guess is that the franchise is James Bond, because nothing is gayer than James Bond. I did some sleuthing on the actor who most perfectly fits the bill, and everything about his life - including his interesting current relationship - adds up. And it's not Alexander Skarsgård. Although he is gay. Let's see if you come to the same conclusion...

This closeted A= list mostly television actor from a hit pay cable show is trying to keep himself deep deep in the closet to have a chance to be cast as the next star of this decades long movie franchise. They would never hire someone who is openly gay.