Bikini Barista Reveals a Friend’s Dad Used to Pay Her Hundreds of Dollars to Keep Quiet About His Coffee Visits!

She told those stories to the Daily Star and naturally, because I'm a romantic deep down, the dad paying extra caught my interest.  From the sound of it this dad might have also been interested in a little extracurricular activity with the 19-year-old bikini barista.

Grace has a treasure trove of interesting stories from her job. While that’s Grace’s most worrying story, she has also had some awkward interactions with other customers.

“I began seeing my friends from high school parents at my stand, which was extremely awkward,” she revealed.

“My friend's dad began paying me hundreds of dollars to make sure I didn’t tell his daughter and family he was coming through to get coffee from me.

“He eventually stopped when he realised I wouldn’t do more but make him coffee. To this day I haven’t told anyone whose dad it was.”

The moral of this story is if you want to have a bunch of creepy shit happen to you then you should become a bikini barista.  Who knows one of your friends' dads might stop by and sweep you off your feet.

Is there a better path in life to take than bikini barista to homewrecker?  I can't think of one. 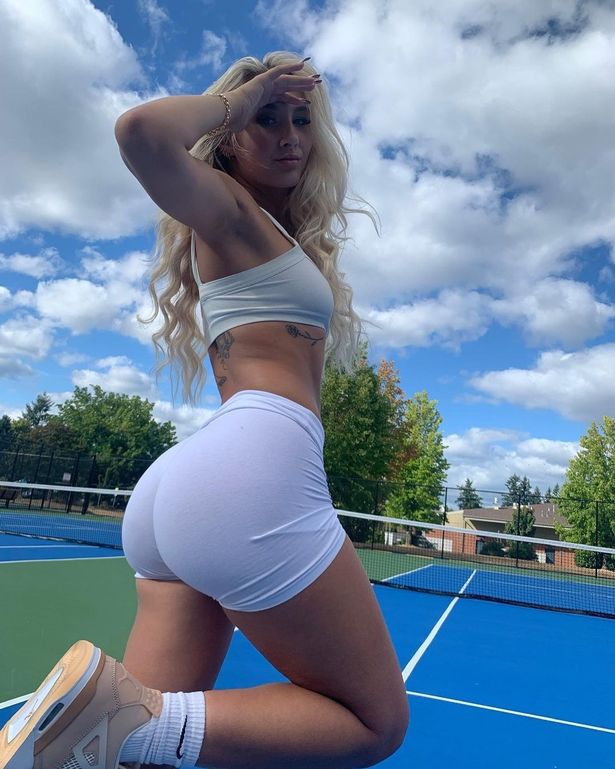 Bella Thorne Got her Tan on for the Oscars After Party