Bella Thorne Takes Us Behind the Scenes!

Bella Thorne is working on her newest music video called Phantom, which is a much different song than the last few she's released. Her last song, Shake It has been climbing the charts and becoming more popular on the TikTok app, with Bella posting videos using the song to show off her dance moves. She actually broke her sofa while filming one of the videos and caught the sound of her couch breaking on camera.

Bella's new song Phantom is due to drop in 10 days with a new music video being released on the same day, until then, Bella has shared some behind the scenes action on set of the video and it looks kinda creepy. There is even an alien in the video that can be seen smoking a cigarette in one of the photos taken on set. Swipe through the gallery to see more BTS of Phantom! 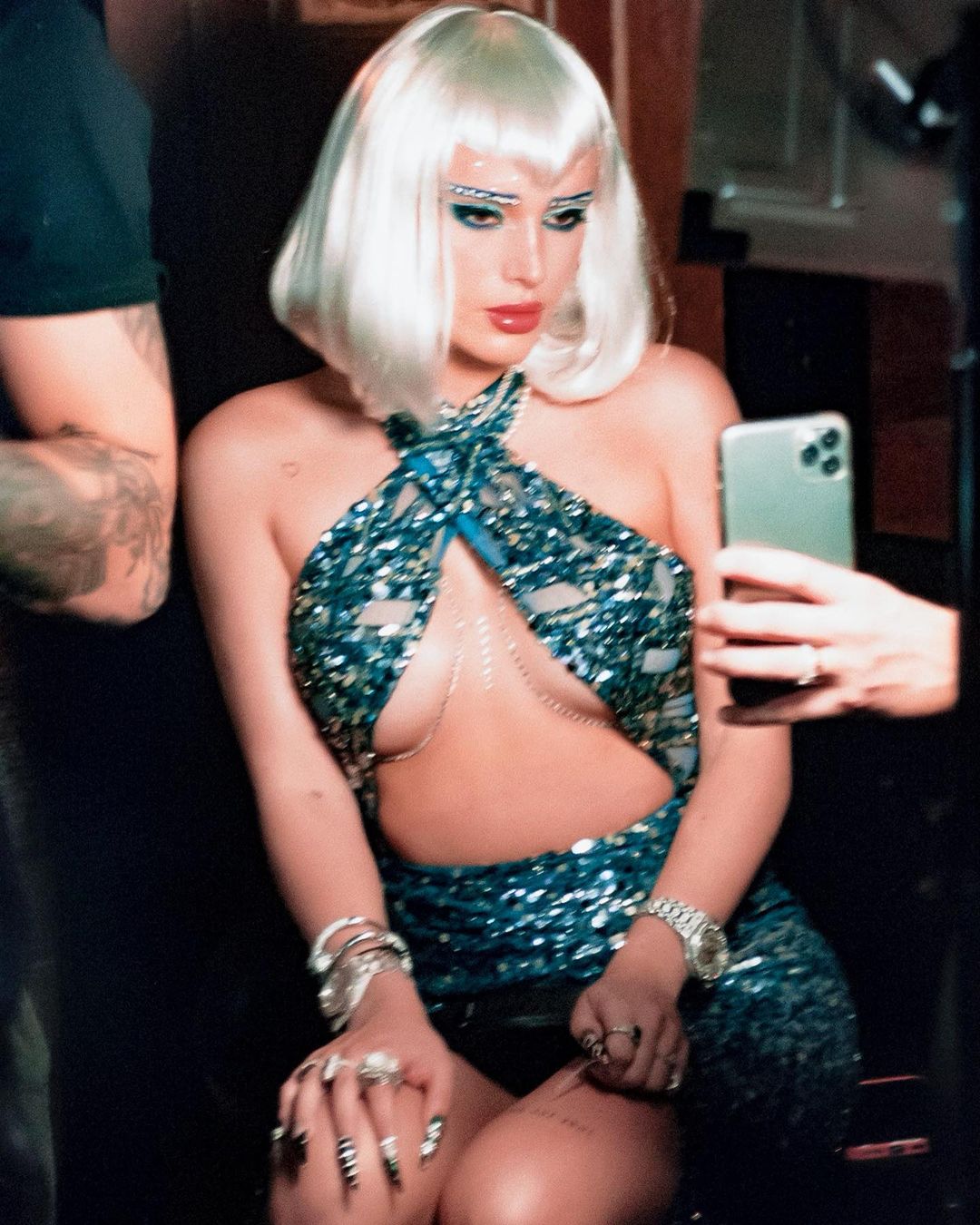