Bella Thorne Switches Up Her Look!

Bella Thorne is busy as usual and seems to be one of the hardest working people in show business, which says a lot about somebody who smokes weed all day long! The Disney star just released a new song called Shake It and has been buttering up her fans all week leading up to the release.

In other Bella Thorne news, she's dyed her hair. The actress is known for rocking a certain shade of red and sometimes dying it dark brown or wearing blonde wigs like in her recent photoshoot.

This time she's actually went and had her hair a new unique shade of pinky-red. Before sitting down in her stylists chair Bella snapped some photos in a vintage tee showing off some underboob for her fans, swipe through the gallery for more! 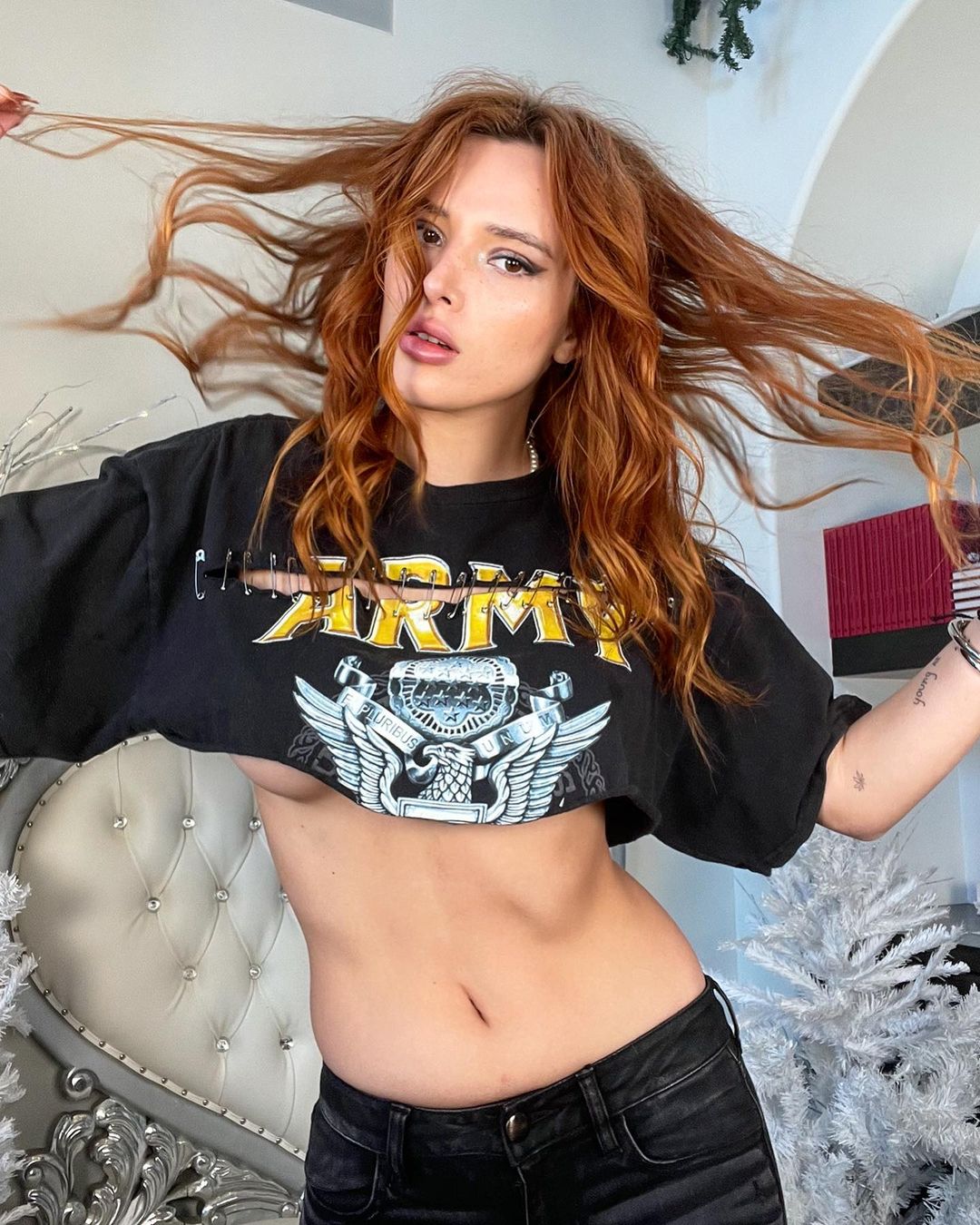