You Would Hit It: Bella Thorne’s Cool Whip Basically Taint

@thornebybella so excited for the big release behind this shoot btw I’m wearing underneath nude bra and bathing suit bottoms for comfortability and it helps the whipped cream stay attached ;)

Thorne By Bella is allegedly her clothing line. @thornebybella takes us to a page with no posts. Marketing genius. Her caption tells us that some semblance of underwear is shoved up Thorne's twat as the giddy quadruple threat (SHE DIRECTED THAT VIDEO) leans back to flash her blown out burrito-bowl to her Instagram followers on a world-class stripper stage. But if only a piece of dental floss is separating us from a vagina and butthole, we can go ahead and say that we're seeing something. And that something is magic. Bitch.

This was going to be a Would You Hit It, but at this point I have your number. You would, and if you say you wouldn't in the comments, I'll know the Russians have finally found their way to WWTDD. With a good portion of Bella's outfit already oozing onto the stage in this video, she's in need of a Great Value Cool Wip touchup. Any helpers?

@thornebybella so excited for the big release behind this shoot btw I’m wearing underneath nude bra and bathing suit bottoms for comfortability and it helps the whipped cream stay attached ;) 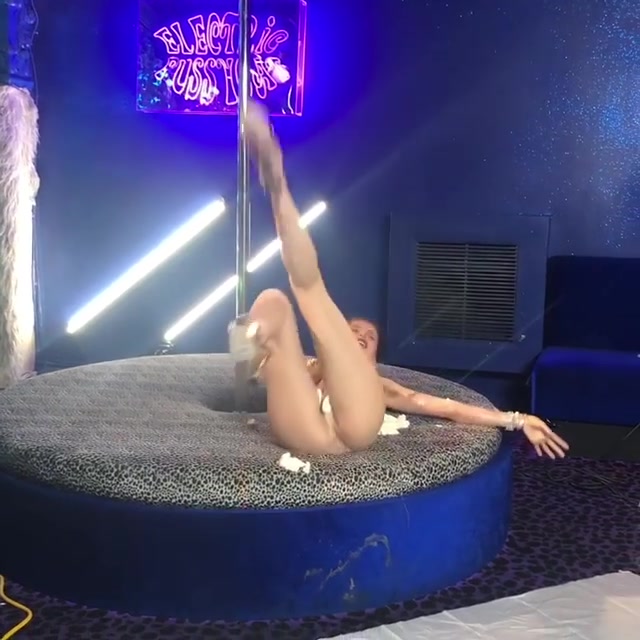 Drew Barrymore Jail Bait and Other Fine Things to Ogle