Bella Hadid’s Dress is Painted On!

Bella Hadid is currently in Paris where she has been walking in some of the biggest shows during Paris Fashion Week. The model made a stunning appearance at the Coperni finale show where she acted like a human mannequin as the dress was sprayed onto her body.

The dress actually looked really good as Bella stepped off of the platform and made her way around the room. See some highlights from the show below and scroll through the gallery for more Bella updates!

Bella Hadid closing Coperni ss23! They "made" a dress live on the runway! pic.twitter.com/14a6yESX3A

It wouldn’t be Paris Fashion Week without a major gasp moment – and the Coperni SS23 show concluded in the most spectacular fashion with Bella Hadid acting as a human mannequin for a spray-on dress that was fashioned before the audience's eyes. pic.twitter.com/nroyqo9qdK

Bella Hadid and the spray-on dress at #Coperni: the finale! pic.twitter.com/ANcwkAgeB0 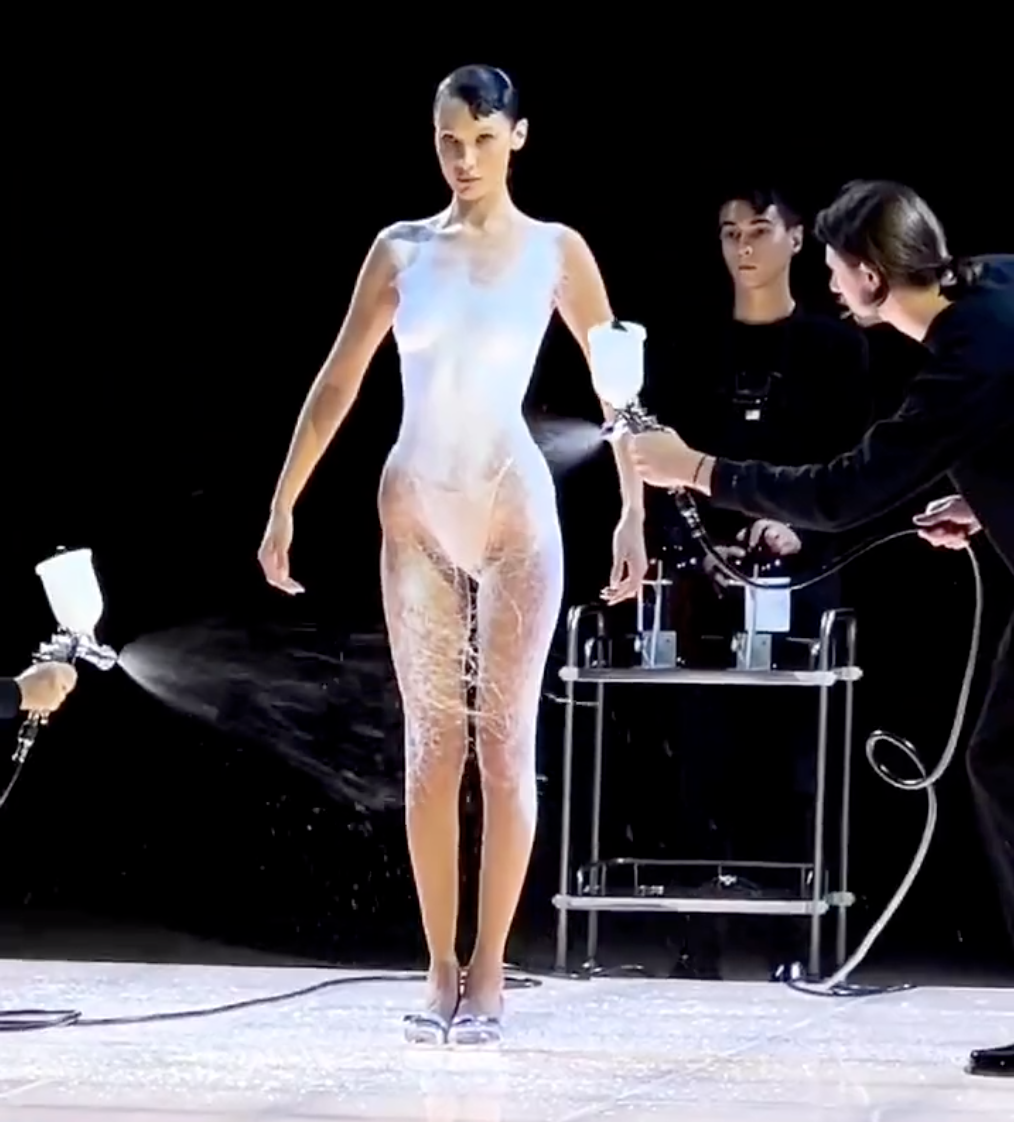