It seems Bella Hadid has been all over the place lately, she's in the new Michael Kors campaign, her tie-dye collaboration with Chrome Hearts sold out in 5 seconds and she's also become an auntie. This is all in between appearing on the December cover of Vogue Japan and outdoing Bebe Rexha at Halloween with her Poison Ivy look. Girl's been busy, but somehow she found time to hit up a tattoo shop last week and get some new ink done.

I don't think anybody noticed it when she had it done and she may have even deleted her IG stories, but I'm stalking her, so I saw. Anyway the model has yet to actually announce her new ink but it's visible in her new set of selfies she took while hanging out at home, wearing a short sleeve top and a leather vest that features a heart cut out. Home is where the heart is!

The tattoo is in super fine font and is presumably written in Palestinian Arabic as Bella is half Palestinian on her fathers side. But because my Arabic translator has not answered my text, I have no idea what it says! * Update, the tattoo might say "I Love You". 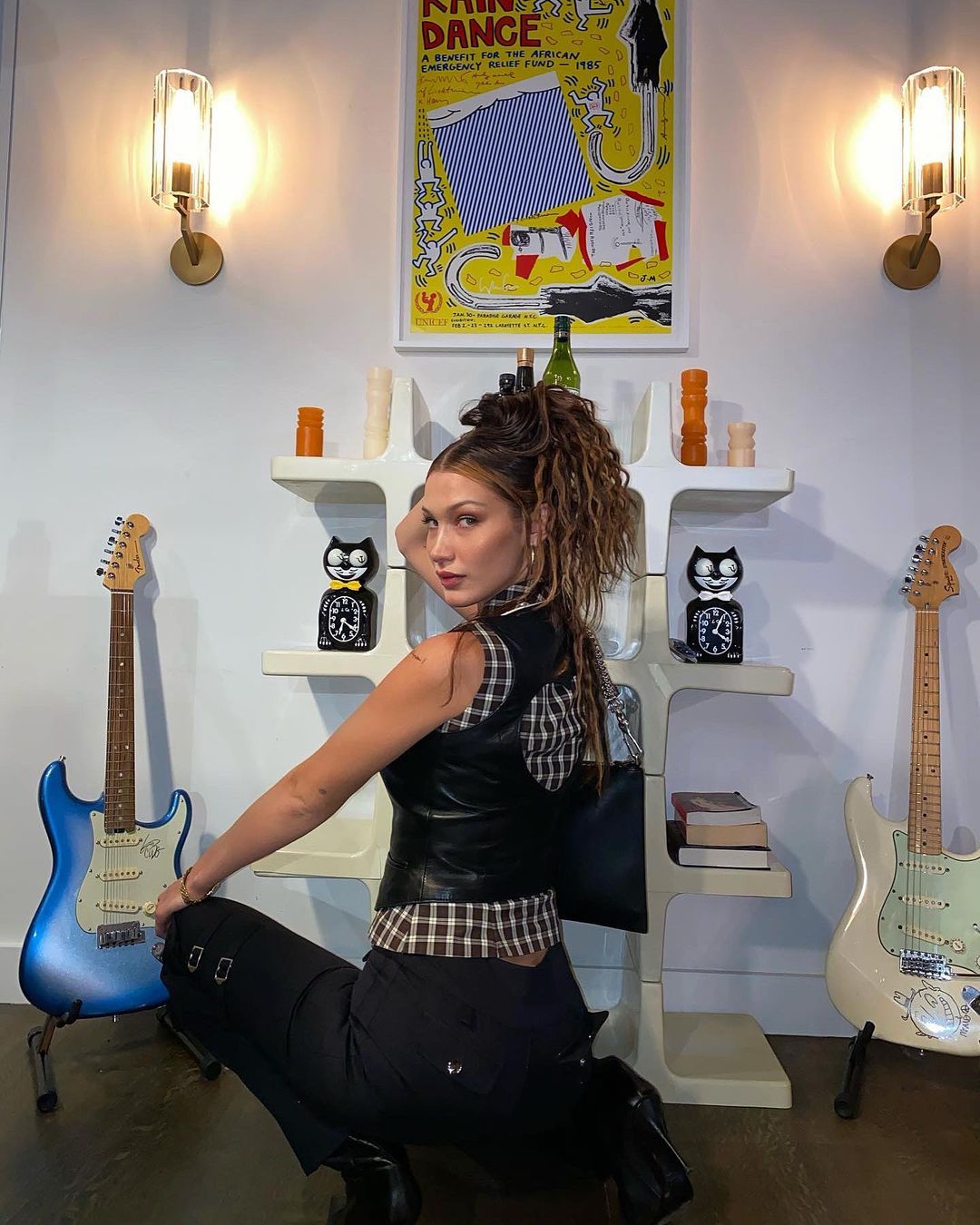 Miley Cyrus has an interesting way of celebrating birthdays