Bebe Rexha just dropped her new music video for a song called Sacrifice which starts out with Bebe torturing a man hanging by chains in a room. She then moves on to a hospital where she shows us just where she found this dead man.

The whole video must have some weird demonic undertones as most of these new music videos these days do, but Bebe makes it fun by having blood pour out of the sprinklers in a club, very big Party Monster vibes. Normalize blood drinking, right Armie Hammer?

The timing on this video is also perfect considering Bebe is the talk of the town today for a different reason. Last night while Bebe was Live on Instagram, she invited fans to join in on the livestream, until one fan pulled his dick out for her. Bebe hated it and went on twitter to explain how disgusted she was by what just happened. 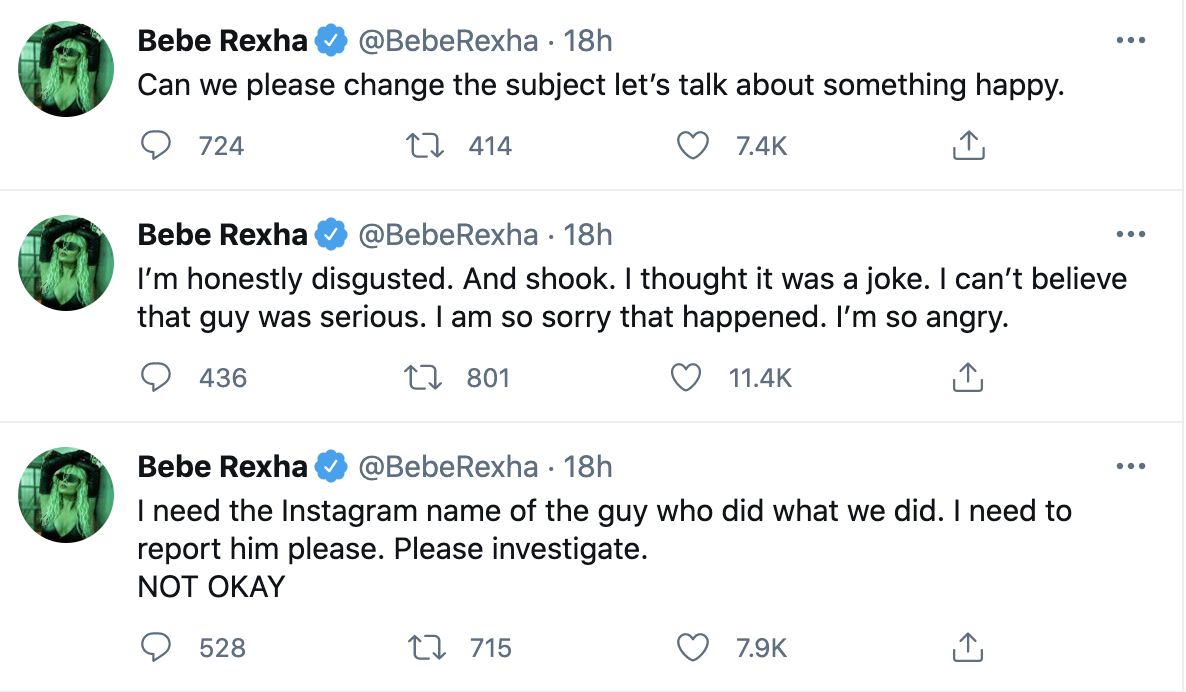 The song is guaranteed to become a big hit because it's actually super catch and fun to dance to, if those things called clubs ever open up again. Until then, we can live vicariously through Bebe Rexha's weird vampire club with this video! 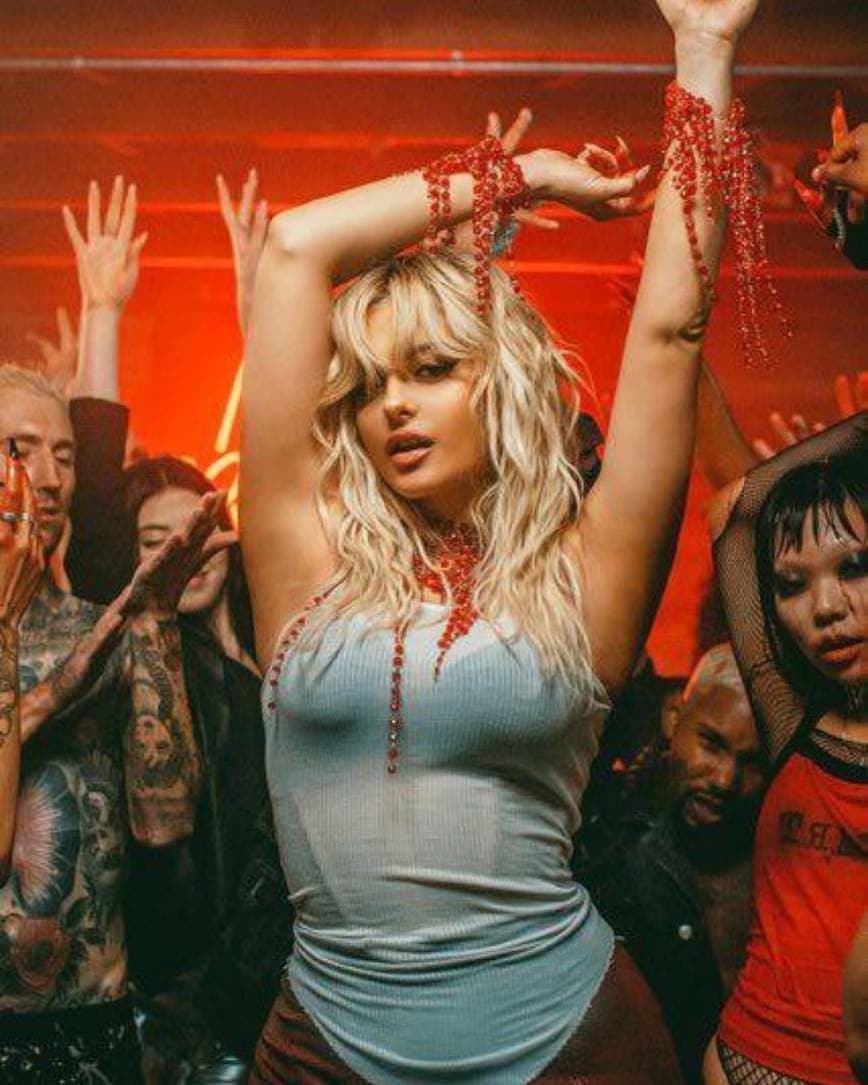 Kira Kosarin Has Her Fingers in Her Mouth!

Halsey Laid Back in a Bikini!