I'm, hand to God, not exactly sure what an Azalea Banks is. Context clues tell us that she's a bipolar sex worker. And she happens to be friends with another bipolar person who has sex with men, Kanye West, and now the sloppy tragic carnage of their bipolar relationship is spilling out onto Instagram. Banks posted a cryptic message: 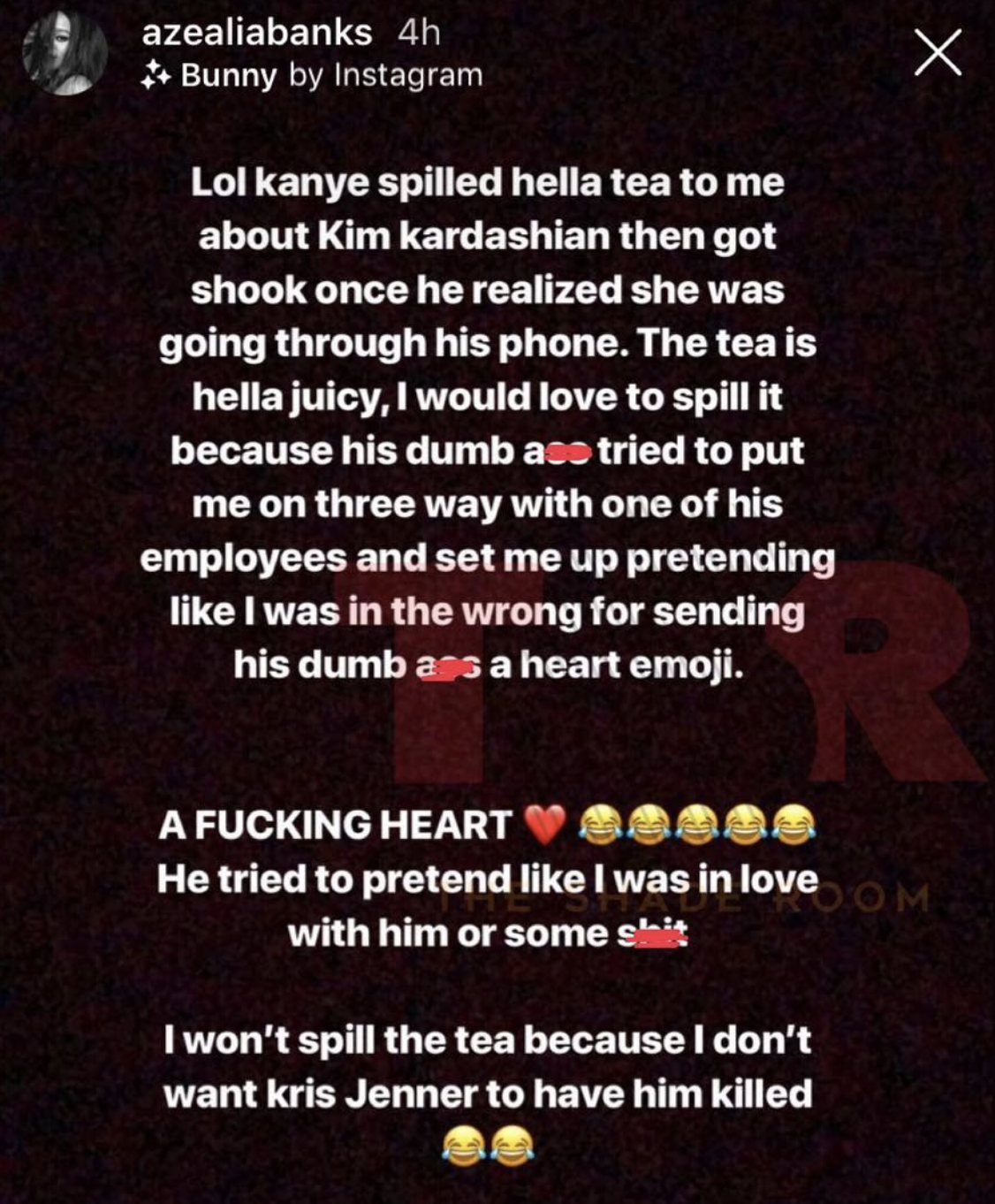 Kim Kardashian ruined Kanye West and won’t be done with him until she’s sucked the last drop of blood. We won’t be getting the old Kanye back ever. He is completely ruined.

Kim Kardashian is absolutely going to leave you. She’s already fucking gone. Say what you want to want about her, but in some sense, I’m feeling bad for her because you’re just a dummy. You just be acting dumb just to act dumb. Like, how is that sexy? I’m sorry. If I was Kim Kardashian, I would fuck Drake too.

Baby Hairs – Who Did It Better?