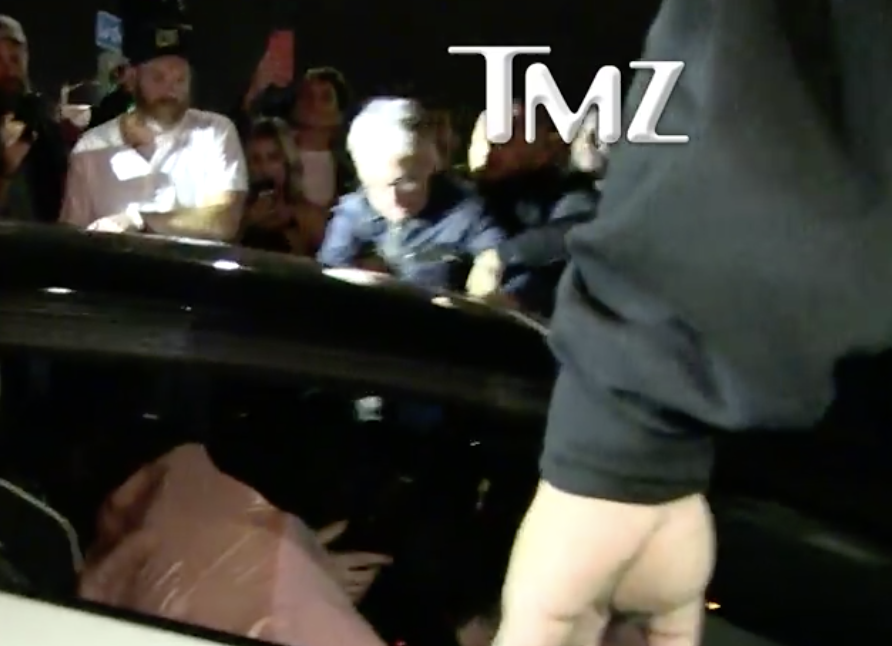 If any of you saw the Netflix series Love, you might hate thought that the poor man's Tom Green, Andy Dick, had turned over a new leaf. He plays himself, and openly addresses addiction issues and the fact that he's an actual piece of shit who no one likes. This self-awareness has now led Dick right to the passenger side of a major douchebag rapper's car, where last night Dick aggressively attempted to steal the spotlight before being wrestled away by a bodyguard. See Dick. See Dick run. See Dick run up to a mob in a desperate attempt for relevancy. See Dick blow his brains out any day now.

One could say that Dick is challenging mindless media consumption by disrupting a by-the-books frenetic fan encounter captured by TMZ. Shaking up the status quo. A performance artist before his time. One could also say that he's a relic from a time when bipolar man-children were all the rage, and that at least David Spade tried to appear to have matured genitalia by banging a random hooker in a hot tub.

The cameraman in the video above acknowledges Dick as if he's a neighborhood regular stray cat who people are secretly waiting to quietly die under a bush. But airtime is his sustenance, and if they keep providing it, he'll keep coming back. Looking increasingly mangled, wild-eyed, and desperate for affection. Someone call the pound. It's time.

Head to TMZ to see the video.

Sofia Richie is on Vacation Mode!