All Thai Boys Rescued From Cave 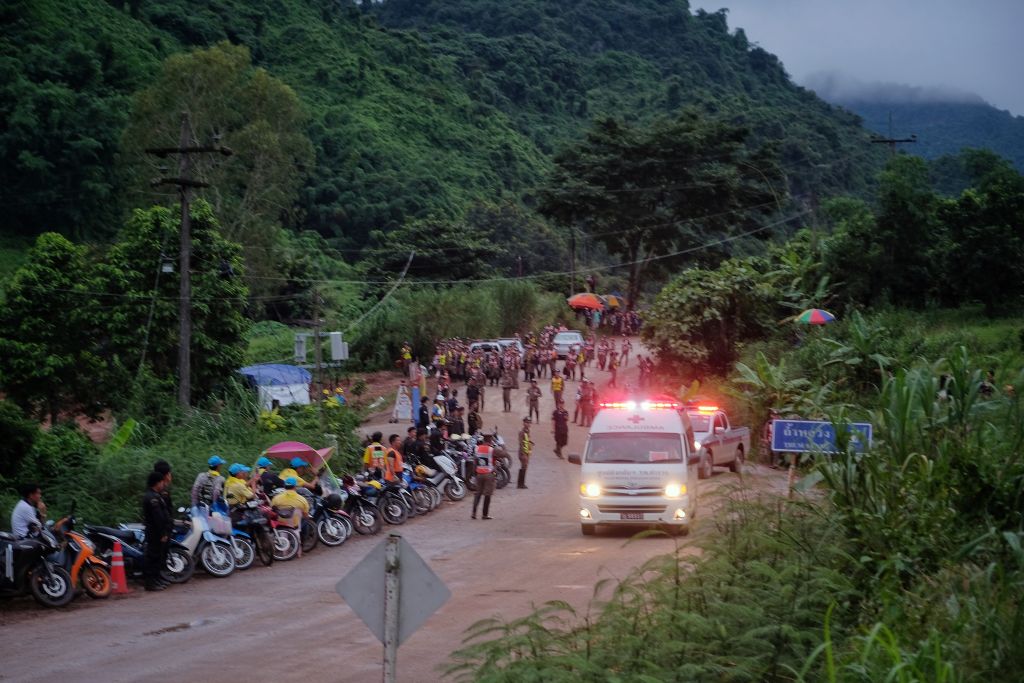 The saga that captured the hearts of people across the world and inspired countless fan fiction journal entries from Kevin Spacey has come to a close as twelve boys and their soccer coach have been rescued from the depths of a flooded cave in Thailand. The trick to getting them out was always narrow passageways the sizes of dinner plates that the team would have to traverse while somehow carrying clunky oxygen tanks. The fact that Coach Dumbass thought dragging his team through the passageways during the rainy season in Thailand - a move that cost one life and countless dollars - was a good idea means that he should probably not be allowed around groups of children. This graphic from CNN shows how the Thai Navy SEALS (don't laugh, it's a real thing assholes) carried out the mission. 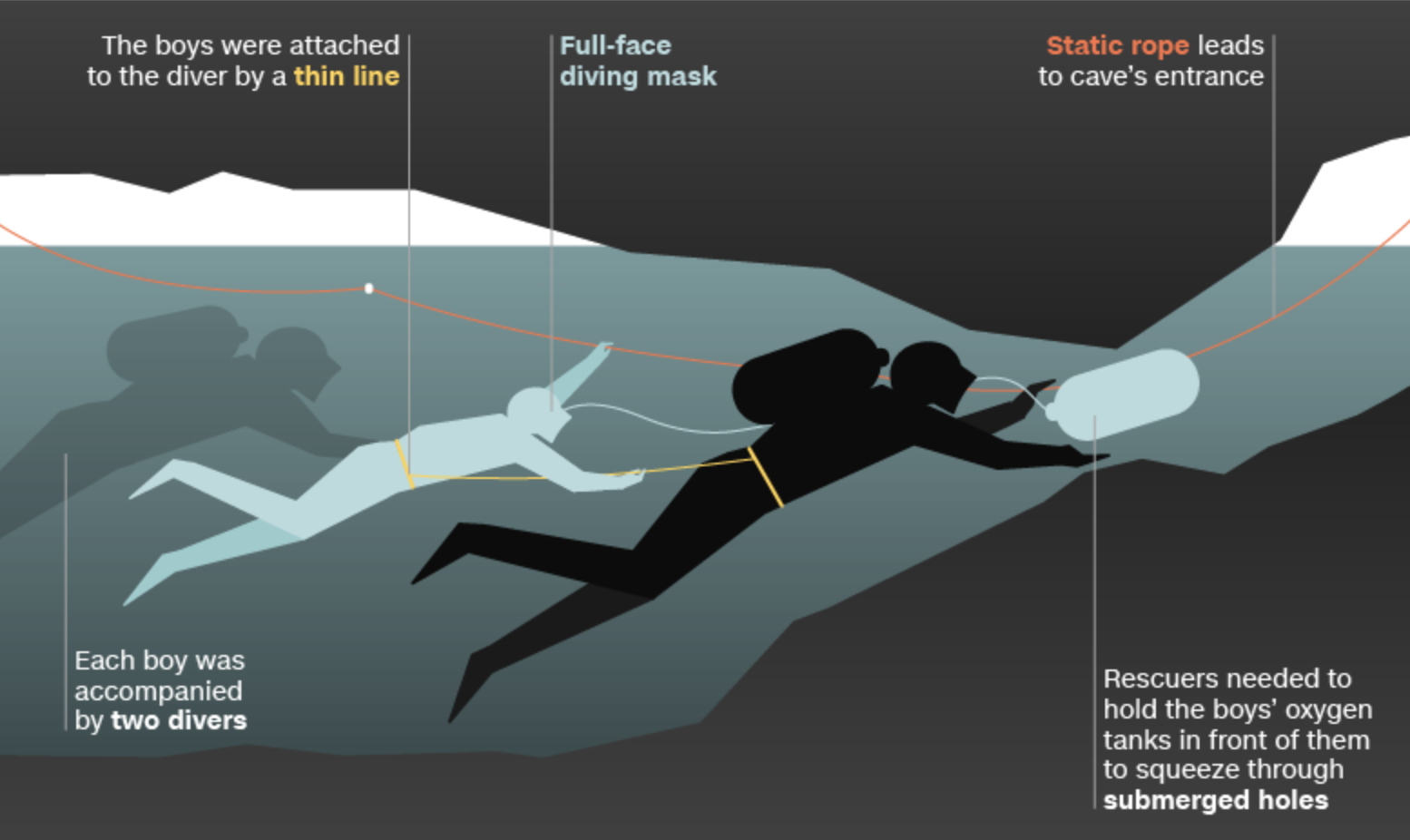 For some reason people get super hyped for anything involving people trapped in subterranean spaces. The Ring, Silence of the Lambs, Chilean miners, Lassie and Timmie - the list goes on. The story was such a media sensation that Elon Musk even spent God knows how much money to send over a tiny submarine that could never in a thousand years navigate the Thai cave system that the soccer team was trapped in. The submarine sat idle next to the cave entrance while brave divers saved lives. Elon Musk to the rescue again.

Just returned from Cave 3. Mini-sub is ready if needed. It is made of rocket parts & named Wild Boar after kids’ soccer team. Leaving here in case it may be useful in the future. Thailand is so beautiful. pic.twitter.com/EHNh8ydaTT

A lot of people are saying that this sort of empathy and attention, while heartwarming, is sorely missing when it comes to other more impactful crises ongoing in the world. I'm sure those same people have stepped over at least a half dozen overdosing hobos convulsing on the sidewalk. Let's all just take wins when we can get them and try and enjoy this story as much as Kevin Spacey has.

Photo Credit: Elon Musk came bounding into Thailand with his SpaceX crew to save those poor, poor boys.
So look at his super sexy ex Amber Heard below from MEGA / Getty Images / CNN